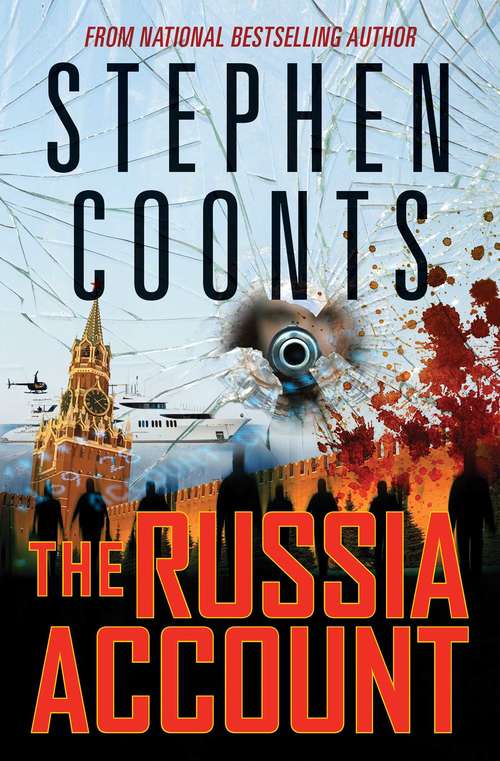 "Longtime Coonts fans who share his political leanings will best appreciate this outing."—Publishers Weekly "The story moves along at a brisk pace, with plenty of intrigue, which will please thriller fans."—Booklist "Since switching publishers a few years back, Coonts has consistently delivered high-powered, conspiracy-laden political thrillers that are perfect for fans of Vince Flynn and Brad Thor."—Real Book Spy It Starts with a Murder . . . Will It End with a Coup? Stephen Coonts, master of suspense, has captivated readers around the world by writing thrillers ripped from the nation’s headlines. His newest, The Russia Account, pits CIA officer Tommy Carmellini against a murderous international financial conspiracy that leaves a trail of death and corruption, extending from a small bank in Estonia to the highest reaches of the Kremlin and the halls of Congress—perhaps even to the CIA itself, putting Admiral Jake Grafton, the head of the CIA, in the crosshairs of an assassin. Burglar-turned-CIA-warrior Tommy Carmellini has starred in eight previous Coonts thrillers. With the help of his mentor, Admiral Grafton, Carmellini has always managed to foil his enemies. Discovering and defeating the powerful forces behind this massive bloodstained financial conspiracy that threatens the very foundations of the United States government, and maybe the life of the president of the United States, will be his most difficult challenge yet—and perhaps, he suspects, an impossible one. By turns thrilling, shocking, and even prophetic, The Russia Account is Coonts in top form. It is a reading experience not to be missed.