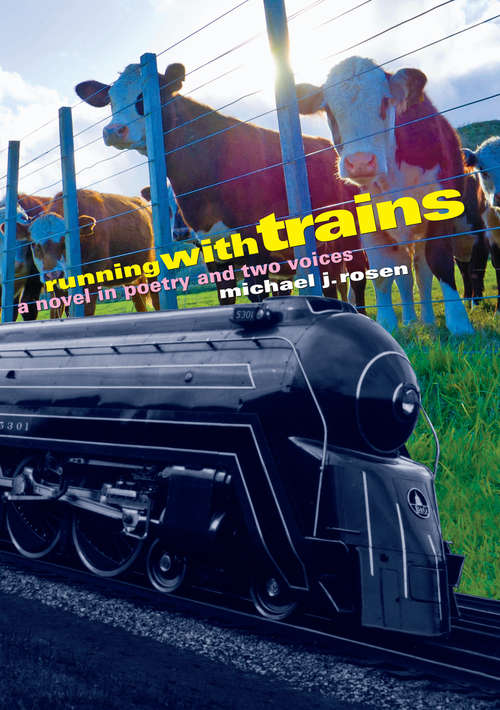 Is the grass greener on the other side of the train window? Even a brief brush with a stranger can change our lives.

It's 1970, and Perry feels adrift in turbulent times: his father is missing in action in Vietnam, his mother is studying to become a nurse in the city, his older sister has become a peacenik in college. Traveling between his hometown, where he lives with his grandmother, and his mother's house in Cincinnati, Perry notices Steve, whose farm lies on the B&O railroad line. Steve likes to race the train as it blows by his fields; Steve skillfully sends his collie after an escaped cow; Steve watches the Cincinnatian, longing for its speed, longing for adventure.

In alternating voices, Michael J. Rosen's poems weave a tale of two boys--one wishing for the stability of home, the other yearning to travel--and the unexpected impact of their fleeting encounter.