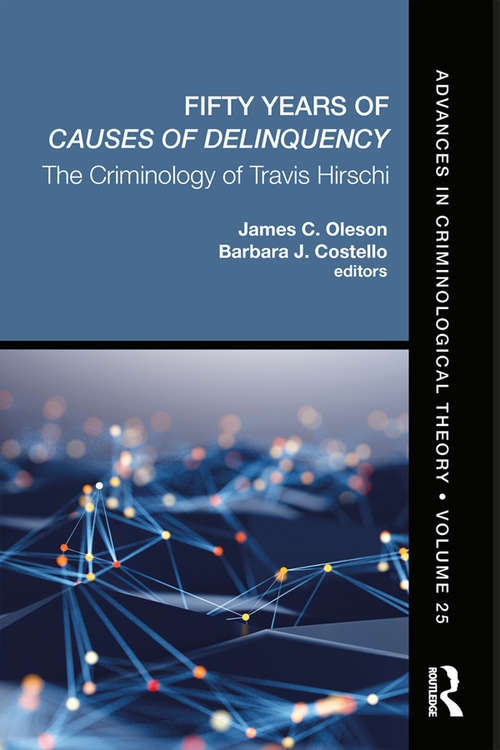 This volume marks the 50th anniversary of the publication of Travis Hirschi’s seminal work Causes of Delinquency. The influence of Hirschi’s book, and the theory of social control it described, can scarcely be overstated. Social control theory has been empirically tested or commented on by hundreds of scholars and is generally regarded as one of the three dominant theories of crime.

Fifty Years of Causes of Delinquency: The Criminology of Travis Hirschi describes the current state of control theory and suggests its future directions, as well as demonstrates its enduring importance for criminological theory and research. The volume will be of interest to scholars working in the control theory tradition as well as those critical of the perspective, and is suitable for use in graduate courses in criminological theory.