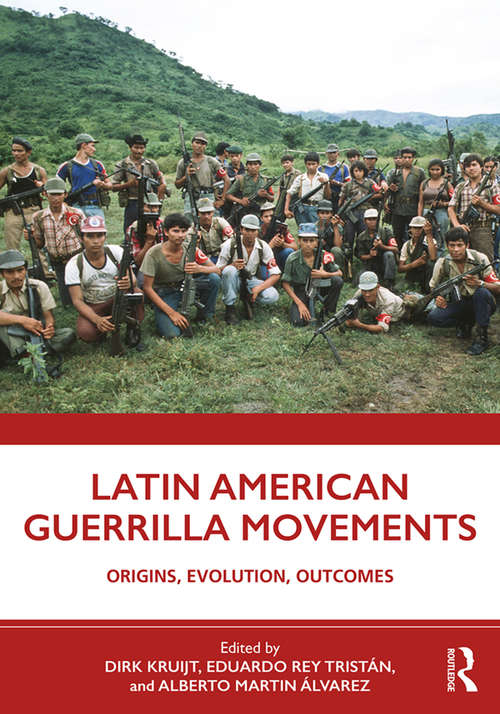 Organized around single country studies embedded in key historical moments, this book introduces students to the shifting and varied guerrilla history of Latin America from the late 1950s to the present. It brings together academics and those directly involved in aspects of the guerrilla movement, to understand each country’s experience with guerrilla warfare and revolutionary activism.

The book is divided in four thematic parts after two opening chapters that analyze the tradition of military involvement in Latin American politics and the parallel tradition of insurgency and coup effort against dictatorship. The first two parts examine active guerrilla movements in the 1960s and 1970s with case studies including Bolivia, Nicaragua, Peru, Argentina, Chile and Uruguay. Part 3 is dedicated to the Central American Civil Wars of the 1980s and 1990s in Nicaragua, El Salvador and Guatemala. Part 4 examines specific guerrilla movements which require special attention. Chapters include Colombia’s complicated guerrilla scenery; the rivalling Shining Path and Tupac Amaru guerrillas in Peru; small guerrilla movements in Mexico which were never completely documented; and transnational guerrilla operations in the Southern Cone. The concluding chapter presents a balance of the entire Latin American guerrilla at present.

Superbly accessible, while retaining the complexity of Latin American politics, Latin American Guerrilla Movements represents the best historical account of revolutionary movements in the region, which students will find of great use owing to its coverage and insights.