Barrel of a Gun 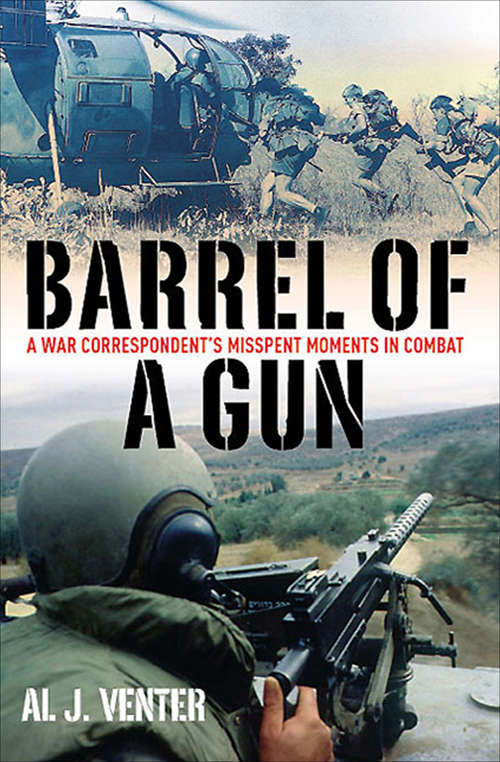 A colorful, wide-ranging memoir of danger and adventure in wars around the world.Anybody who says that the pen is mightier than the sword hasn’t spent time in Somalia . . .So begins this memoir of a career spent examining warfare—on the ground and as the bullets are flying. While many are intrigued by these violent conflicts, Al Venter feels compelled to see them in person, preferably at the center of the action.Born in South Africa, Venter has found no shortage of horrific battles on his own continent, from Rhodesia to Biafra and Angola to Somalia. He has ridden with the legendary mercenary group Executive Outcomes; jumped into combat with South Africa’s crack Parachute Regiment, the Parabats; and traipsed through jungles with both guerrillas and national troops. During Sierra Leone’s civil war, he flew in the government’s lone Mi-24 helicopter gunship as it blasted apart rebel villages and convoys, complaining that the Soviet-made craft leaked when it rained.In the Mideast, he went into Lebanon with the Israeli army as it encountered resistance from multiple militant groups, including the newly formed Hezbollah. Curious about the other side of the hill, he joined up with General Aoun’s Christian militias while that conflict was at its height. Touching down in Croatia during the Balkan wars, and in Congo during their perpetual one, as well as the Uganda of Idi Amin, Venter never lost his lust for action, even as he sometimes had to put down his camera or notebook to pick up an AK-47.In his journeys, Venter associated with an array of similarly daring soldiers and journalists, from “Mad Mike” Hoare to Danny Pearl, as well as elite soldiers from around the world, many of whom, he sadly relates, never emerged from the war zones they entered. A renowned journalist and documentarian who has worked with the BBC, PBS, Jane’s, and other outlets, Al Venter here offers the reader his own personal experiences with combat.