History of the Third Seminole War 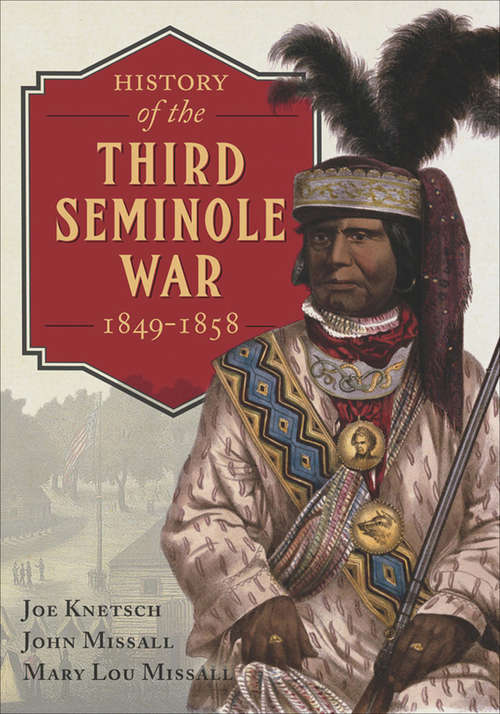 This definitive account of the final war between the US government and Florida’s Seminole tribe “brings to life a conflict that is largely ignored” (San Francisco Book Review).Spanning a period of over forty years (1817-1858), the three Seminole Wars were America’s longest, costliest, and deadliest Indian wars, surpassing the more famous ones fought in the West. After an uneasy peace following the conclusion of the second Seminole War in 1842, a series of hostile events, followed by a string of murders in 1849 and 1850, made confrontation inevitable. The war was also known as the “Billy Bowlegs War” because Billy Bowlegs, Holata Micco, was the central Seminole leader in this the last Indian war to be fought east of the Mississippi River. Pushed by increasing encroachment into their territory, he led a raid near Fort Myers. A series of violent skirmishes ensued. The vastness of the Floridian wilderness and the difficulties of the terrain and climate caused problems for the army, but they had learned lessons from the second war, and, amongst other new tactics, employed greater use of boats, eventually securing victory by cutting off food supplies.History of the Third Seminole War is a detailed narrative of the war and its causes, containing numerous firsthand accounts from participants in the conflict, derived from virtually all the available primary sources, collected over many years. “Any reader interested in learning more about Indian wars, Army history, or Florida history will profit from reading this book,” as well as Civil War enthusiasts, since many of the officers earned their stripes in the earlier conflict (The Journal of America’s Military Past).