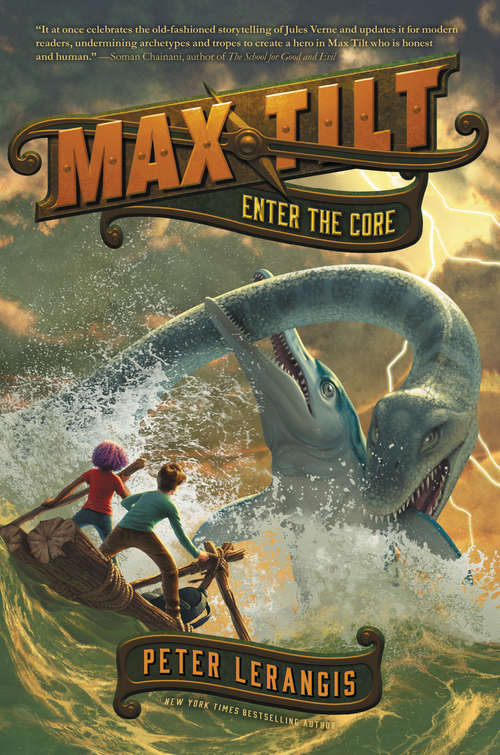 Max Tilt thinks his luck is finally changing, thanks to his great-great-great-grandfather Jules Verne’s unfinished, unpublished manuscript, The Lost Treasures. Using the clues Verne left behind, Max and his cousin Alex were able to bottle the magical healing elements needed to cure his mother’s illness just in the nick of time.

But then Max and Alex discover that the vials were stolen by their former friend, Bitsy. She has plans to use them to save the world—but her plans might be much more deadly than they seem. And so now it’s up to Max and Alex to stop her before it’s too late.

Working against the odds, the two kids glean clues from one of Verne’s best-loved books, Journey to the Center of the Earth. In it, they discover a map to their most dangerous destination yet—the very core of the world. And so now the two cousins are off on their most unlikely, most important quest yet—literally to save the world! It’s the final installment of the riveting adventure series from master storyteller and New York Times bestselling author Peter Lerangis.