The Global Impact of the Protocols of the Elders of Zion 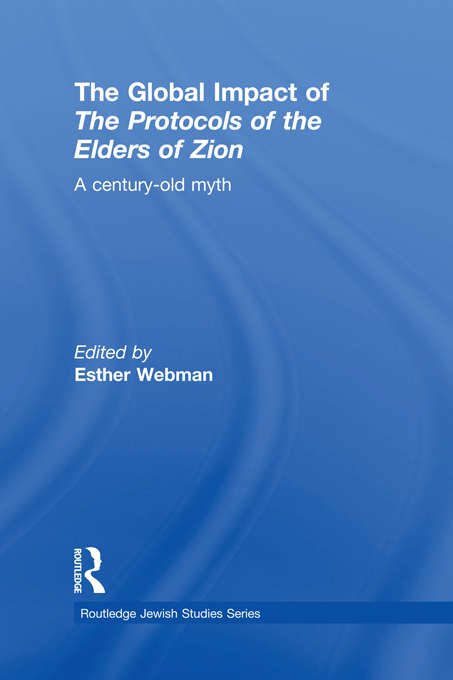 The Protocols of the Elders of Zion has attracted the interest of politicians and academicians, and generated extensive research, since the tract first appeared in the early twentieth century. Despite having repeatedly been discredited as a historical document, and in spite of the fact that it served as an inspiration for Hitler’s antisemitism and the Holocaust, it continues, even in our time, to be influential.

Exploring the Protocols’ successful dissemination and impact around the world, this volume attempts to understand their continuing popularity, one hundred years after their first appearance, in so many diverse societies and cultures. With contributions from leading scholars in the field, the book covers themes such as:

Why have the Protocols survived to the present day and what are the sources from which they draw their strength?

What significance do the Protocols have today in mainstream worldviews?

Are they gaining in importance?

Are they still today a warrant for genocide or merely a reflection of xenophobic nationalism?

Can they be fought by logical argumentation?

This comprehensive volume which, for the first time, dwells also on the attraction of the Protocols in Arab and Muslim countries, will be of interest to specialists, teachers, and students working in the fields of antisemitism, the far right, Jewish studies, and modern history.