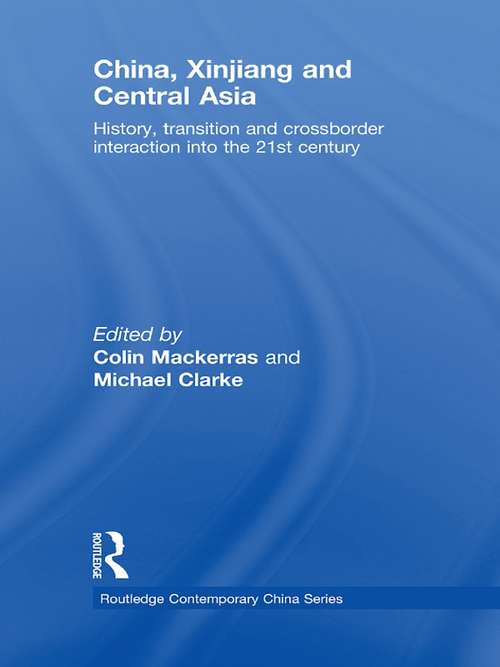 Central Asia and Xinjiang – the far north-western province of China – are of increasing international importance. The United States, having established military bases in Central Asia after September 2001, has now become a force in what was previously predominantly a Russian sphere of influence; whilst China, Russia and Iran all continue to exert strong influence. These external, international influences have had a significant impact on local politics, with the overthrow of a long-standing regime in Kyrgyzstan, continued unrest and opposition to the current regime in Uzbekistan and the intensification of Chinese control in Xinjiang.

This book explores the effect of global and local dynamics across the region: global influences include the ‘War on Terror’ and international competition for energy resources; local dynamics include Islamic revival, Central Asian nationalism, drugs trafficking; economic development and integration. The authors argue that these multiple challenges, in fact, unite Xinjiang and Central Asia in a common struggle for identities and economic development.

This book provides a comprehensive overview of the region’s historical significance, the contemporary international forces which affect the region, and of current political, economic and cultural developments.