A Clue for the Puzzle Lady 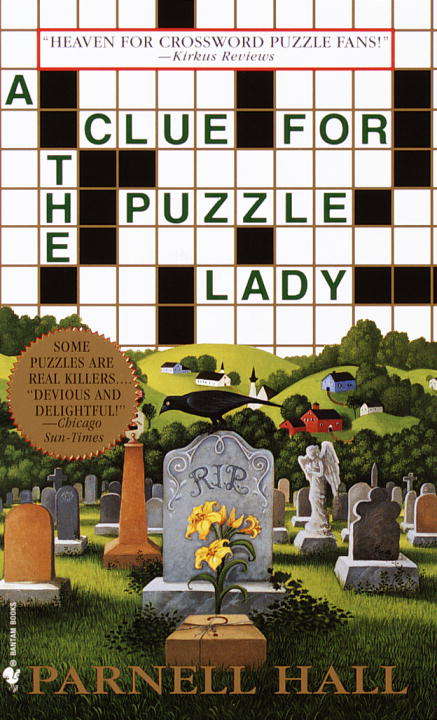 Cruciverbalists, rejoice!!! Pick up a pencil and get ready to solve the puzzle--and a puzzling murder--in this lively debut of a unique amateur detective, Miss Cora Felton, the reigning queen of crosswords. Cora's an eccentric old lady with a nationally syndicated puzzle column, an irresistible urge to poke into unsettling events, and a niece who's determined to keep her out of trouble. In a slyly amusing and wickedly suspenseful mystery, this delightful heroine takes her first crack at playing sleuth. Only this isn't fun and games....It's murder.Violent crime is rare in tiny Bakerhaven. When the body of an unknown teenage girl turns up in the local cemetery, Police Chief Dale Harper finds himself investigating his first homicide. Nothing about this case is straightforward. Even a thorough search of the crime scene fails to reveal who she was, the murder weapon, or why the killer left her body in a graveyard minus her shoes. A cryptic message on a scrap of paper she carried seems to be a crossword puzzle clue. Could it have been left by the killer? If so, what does it mean?Fortunately for Harper, Bakerhaven is the new home of Miss Cora Felton, the famed "Puzzle Lady" herself, whose popular crossword puzzle column graces newspapers nationwide. Yet bringing Cora Felton into this case could be his most costly mistake. For though she may look like someone's sweet old grandmother, behind those twinkling eyes and that slightly mysterious smile lies a woman with a whopping secret...and some hidden vices. What's worse, one whiff of mystery turns Miss Felton into a modern-day Miss Marple.Now Cora is snooping through crime scenes, questioning witnesses, and gaining a lot of unwanted attention. It's just the sort of meddling, mischief-making behavior that drives Chief Harper to distraction and inspires many cross words from her long-suffering niece Sherry. But when another body turns up in a murder that hits much closer to home, Cora must find a killer--before she winds up in a black box three feet across...and six down.A delicious brew of colorful characters, irresistible intrigue, and dazzling plot twists, Parnell Hall's A Clue for the Puzzle Lady is just what a mystery should be--a generous helping of fun and a puzzle that never fails to surprise and entertain.From the Hardcover edition.