The Routledge Encyclopedia of the Historical Jesus 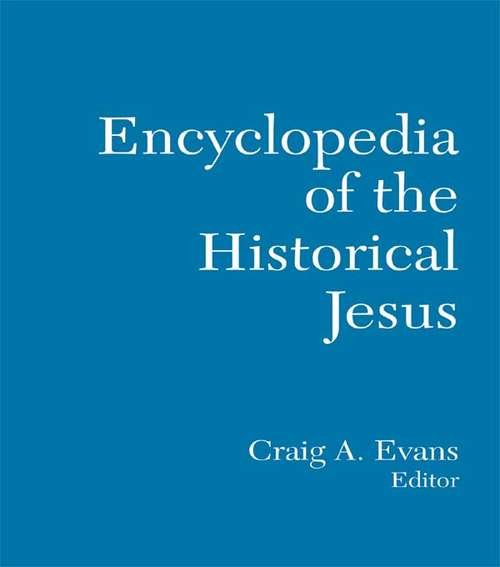 This Encyclopedia brings together the vast array of historical research into the reality of the man, the teachings, the acts, and the events ascribed to him that have served as the foundational story of one of the world's central religions. This kind of historiography is not biography. The historical study of the Jesus stories and the transmission of these stories through time have been of seminal importance to historians of religion. Critical historical examination has provided a way for scholars of Christianity for centuries to analyze the roots of legend and religion in a way that allows scholars an escape from the confines of dogma, belief, and theological interpretation. In recent years, historical Jesus studies have opened up important discussions concerning anti-Semitism and early Christianity and the political and ideological filtering of the Jesus story of early Christianity through the Roman empire and beyond. Entries will cover the classical studies that initiated the new historiography, the theoretical discussions about authenticating the historical record, the examination of sources that have led to the western understanding of Jesus' teachings and disseminated myth of the events concerning Jesus' birth and death. Subject areas include:

the history of the historical study of the New Testament: major contributors and their works

historical genres and rhetorical styles in the story of Jesus

historical and rhetorical context of martyrdom and messianism

teachings within historical context of ethics

historical events in the life of Jesus

historical figures in the life of Jesus

historical use of Biblical figures referenced in the Gospels

the history of the New Testament within the culture, politics, and law of the Roman Empire.