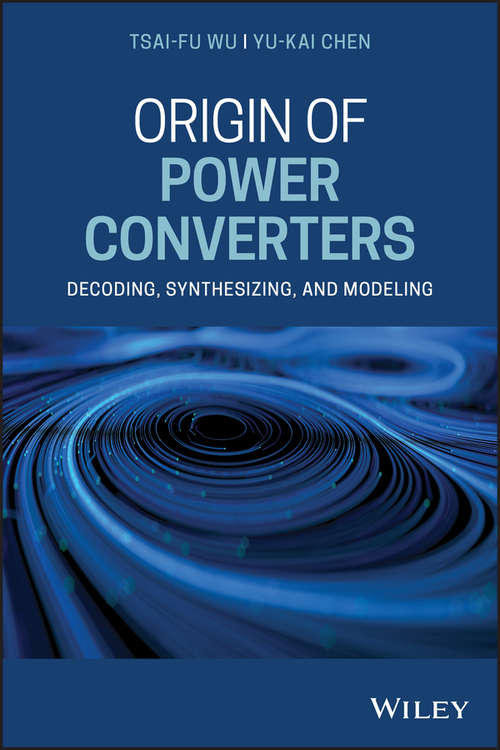 A comprehensive guide to approaches to decoding, synthesizing and modeling pulse width modulation (PWM) converters Origin of Power Converters explores the original converter and provides a systematic examination of the development and modeling of power converters based on decoding and synthesizing approaches. The authors—noted experts on the topic—present an introduction to the origins of the converter and detail the fundamentals related to power the converter’s evolution. They cover a range of converter synthesis approaches, synthesis of multi-stage/multi-level converters, extension of hard-switching converters to soft-switching ones, and determination of switch-voltage stresses in the converters. In later chapters, this comprehensive resource reviews conventional two-port network theory and the state-space averaged (SSA) modeling approach, from which systematic modeling approaches are based on the graft switch technique. In addition, the book reviews the converter layer scheme and some fundamental circuit theories. This important book: •    Contains a review of several typical transfer codes, such as step-down, step-up, step-up&-down, and ± step-up&-down •    Describes the syntheses of pulse width modulation (PWM) converters such as voltage-fed z-source, current-fed z-source, quasi z-source, switched capacitor, and switched inductor converters •    Presents two application examples based on previously proposed modeling approaches Written for academic researchers, graduate students, and seniors in power electronics, Origin of Power Converters provides a comprehensive understanding of the evolution of the converter and its applications.