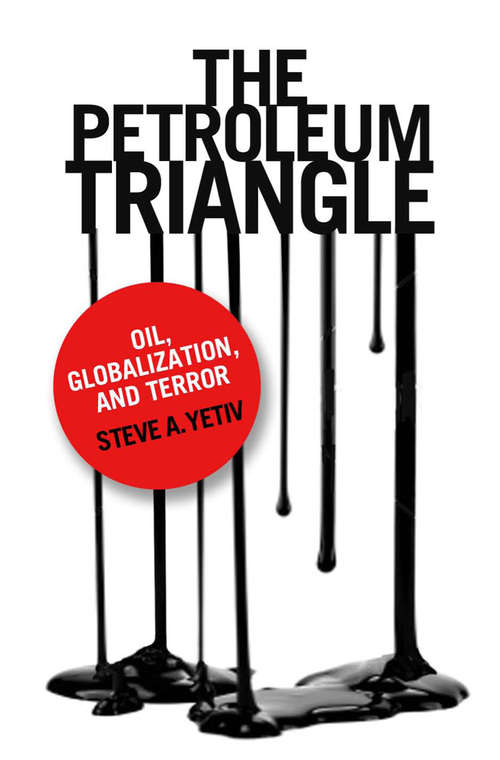 In The Petroleum Triangle, Steve A. Yetiv tells the interconnected story of oil, globalization, and terrorism. Yetiv asks how Al-Qaeda, a small band of terrorists, became such a real and perceived threat to American and global security, a threat viewed as profound enough to motivate the strongest power in world history to undertake extraordinary actions, including two very costly wars. Yetiv argues that Middle East oil and globalization have combined to augment the real and perceived threat of transnational terrorism. Globalization has allowed terrorists to do things that otherwise would be more difficult and costly: exploit technology, generate fear beyond their capabilities, target vulnerable economic and political nodes, and capitalize on socio-economic dislocation. Meanwhile, Middle East oil has fueled terrorism by helping to bolster oil-rich regimes that terrorists hate, to fund the terrorist infrastructure, and to generate anti-American and anti-Western sentiments about American support for oil-rich regimes and perceived Western designs on Middle East oil. Together, Middle East oil and globalization have combined in various ways to help create Al-Qaeda's real and perceived threat, and that of its affiliates and offshoots. The combined effect has shaped important contours of the Petroleum Triangle and of world affairs. A sweeping analysis of contemporary world politics and American foreign and military policy, The Petroleum Triangle convincingly argues that it is critical to understand the connections among oil, globalization, and terrorism if we seek to comprehend modern global politics. What happens within the Petroleum Triangle will help determine if the death of Osama bin Laden will ultimately cripple Al-Qaeda and its affiliates or be yet another milestone in an ongoing age of terrorism.