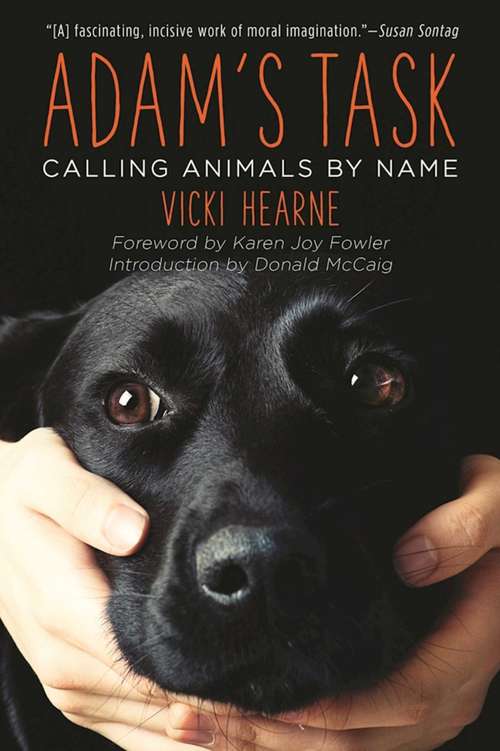 A groundbreaking meditation on our human-animal relationships and the moral code that binds it.Adam's Task, Vicki Hearne's innovative masterpiece on animal training, brings our perennial discussion of the human-animal bond to a whole new metaphysical level. Based on studies of literary criticism, philosophy, and extensive hands-on experience in training, Hearne asserts, in boldly anthropomorphic terms, that animals (at least those that interact more with humans) are far more intelligent than we assume. In fact, they are capable of developing an understanding of "the good," a moral code that influences their motives and actions.Drawing on an eclectic range of influences-Nietzsche, T. S. Eliot, Disney animal trainer William Koehler, and Genesis from the Bible, among others-Hearne writes in contemplative, exploratory, and brilliant prose as she interweaves personal anecdotes with philosophy. Hearne develops an entirely new system of animal training that contradicts modern animal behavioral research and that, as her examples show, is astonishingly effective.Widely praised, highly influential, and now with a new foreword by New York Times bestselling author Karen Joy Fowler, Adam's Task will make every trainer, animal psychologist, and animal-lover stop, think, and question.