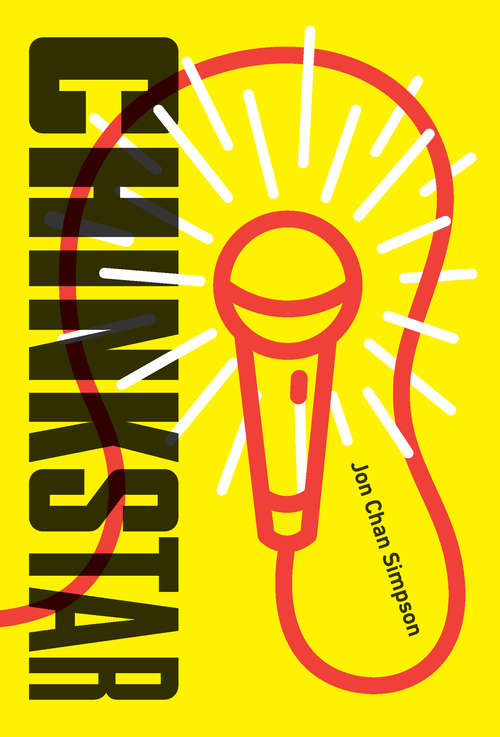 Everything was about to change. In less than forty-eight hours guy'd be taking the stage in Vancouver, owning an audience meant for some all-hype-no-talent young-money rapper, spitting next-level truths that'd have A&Rs scrapping for him coast to coast. He'd ink some paper and drop an album on the world it didn't even know it had been waiting for. All with game and swag to spare. This was the edge, the almost there, and we knew it. Chinksta rap is all the rage in small-town Alberta. And the king of Chinksta is King Kwong, high-schooler Run's older brother. Run isn't a fan of Kwong's music--or personality, really. But when Kwong goes missing the night before his crowning performance and his mom gets wounded in crossfire, Run finds himself, with his sidekick, Ali, in the middle of a violent battle between rival Chinese rap gangs, on the run from his crush's behemoth brother, and rethinking his feelings about his family and their history, his hatred of "rice-rap," and what it means to be Asian. With imaginAsian and a flair for the rap lyric, Jon Chan Simpson mashes up the (graphicless) graphic novel and the second-generation-immigrant narrative to forge a bold new vision of what the novel can be. Jonathan Chan Simpson grew up in Red Deer, Alberta, and lives in Toronto, Ontario. He is a graduate of the University of Toronto's MA creative writing program, and his work has been featured in Ricepaper magazine.