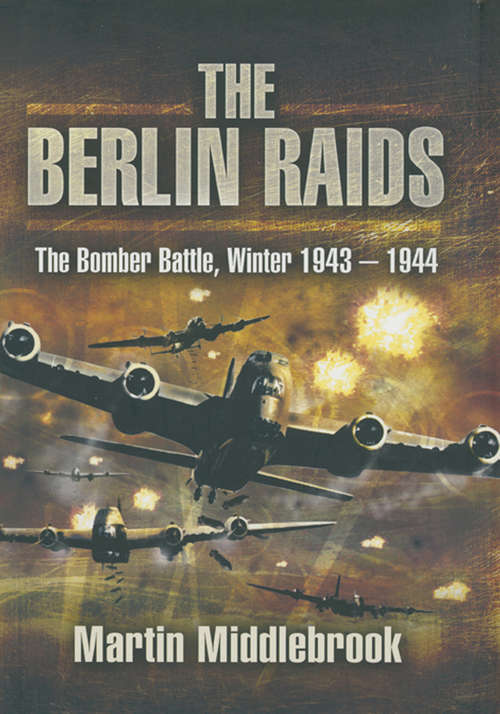 The Battle of Berlin was the longest and most sustained bombing offensive against one target in the Second World War. Bomber Commands Commander-in-Chief, Sir Arthur Harris, hoped to wreak Berlin from end to end and produce a state of devastation in which German surrender is inevitable. He dispatched nineteen major raids between August 1943 and March 1944 more than 10,000 aircraft sorties dropped over 30,000 tons of bombs on Berlin. It was the RAFs supreme effort to end the war by aerial bombing. But Berlin was not destroyed and the RAF lost more than 600 aircraft and their crews. The controversy over whether the Battle of Berlin was a success or failure has continued ever since.Martin Middlebrook brings to this subject considerable experience as a military historian. In preparing his material he collected documents from both sides (many of the German ones never before used); he has also interviewed and corresponded with over 400 of the people involved in the battle and has made trips to Germany to interview the people of Berlin and Luftwaffe aircrews. He has achieved the difficult task of bringing together both sides of the Battle of Berlin the bombing force and the people on the ground to tell a coherent, single story.The author describes the battle, month by month, as the bombers waited for the dark nights, with no moon, to resume their effort to destroy Berlin and end the war. He recounts the ebb and flow of fortunes, identifying the tactical factors that helped first the bombers, then the night fighters, to gain the upper hand. Through the words of the participants, he brings to the reader the hopes, fears and bravery of the young bomber aircrews in the desperate air battles that were waged as the Luftwaffe attempted to protect their capital city. And he includes that element so often omitted from books about the bombing war the experiences of ordinary people in the target city, showing how the bombing destroyed homes, killed families, affected morale and reduced the German war effort.Martin Middlebrooks meticulous attention to detail makes The Bomber Battle of Berlin one of his most accomplished book to date.Martin Middlebrook has written many other books that deal with important turning-points in the two world wars, including The First Day on the Somme, Kaisers Battle, The Peenemnde Raid, The Somme Battlefields (with Mary Middlebrook), The Nuremberg Raid 30-21st March 1944 and Arnhem 1944 (all republished and in print with Pen and Sword).Martin Middlebrook is a Fellow of the Royal Historical Society and lives near Stroud, Gloucestershire.