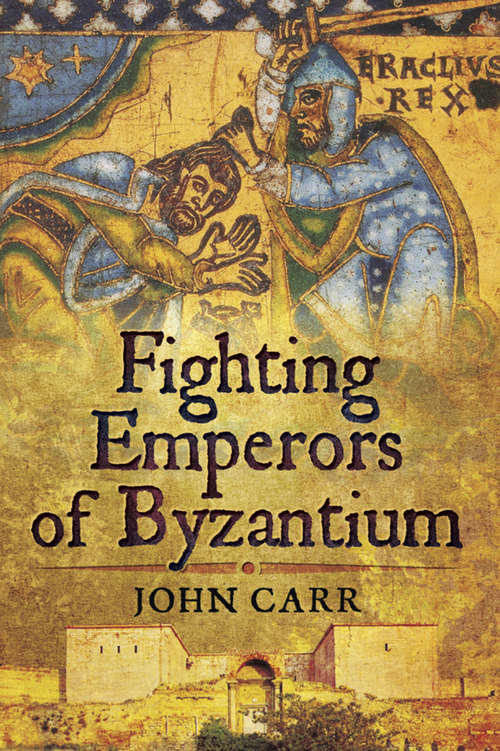 The Eastern Roman or 'Byzantine' Empire had to fight for survival throughout its long history so military ability was a prime requisite for a successful Emperor. John Carr concentrates on the personal and military histories of the more capable war fighters to occupy the imperial throne at Constantinople. They include men like it's founder Constantine I , Julian, Theodosius, Justinian, Heraclius, Leo I, Leo III, Basil I, Basil II (the Bulgar-slayer), Romanus IV Diogenes, Isaac Angelus, and Constantine XI. Byzantium's emperors, and the military establishment they created and maintained, can be credited with preserving Rome's cultural legacy and, from the seventh century, forming a bulwark of Christendom against aggressive Islamic expansion. For this the empire's military organization had to be of a high order, a continuation of Roman discipline and skill adapted to new methods of warfare. Thus was the Empire, under the leadership of its fighting emperors, able to endure for almost a thousand years after the fall of Rome.