The Life and Death of a Rural American High School 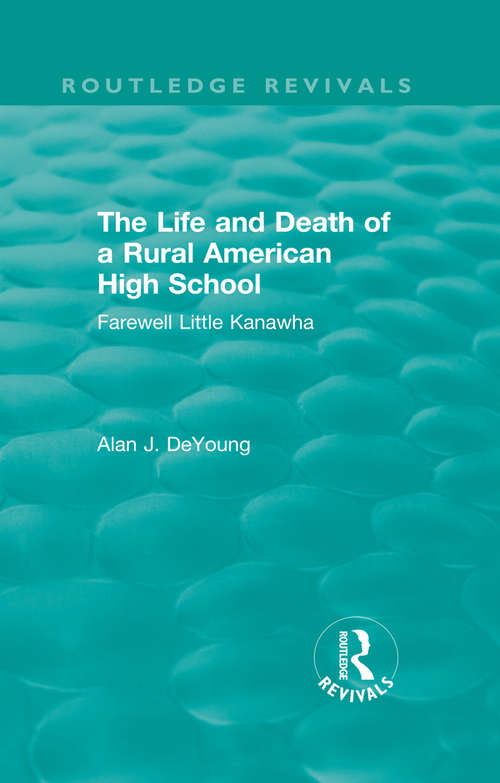 Published in 1995 this book provides an account of a detailed research project focusing on a rural school in West Virginia. Researched from several social science perspectives the book strives to capture intersections between biography and history in a particular public school – Burnsville High and Middle school in Braxton County - that has been influenced by social, political, and economic forces, eventually leading to its closure. The author also discusses how the example of this school can be applied within the framework of American public education and Western culture itself.

Based on research from unstructured interviews, oral histories, historical records, and intermittent fieldwork that took place between 1989 and 1992, the book provides an in-depth look at a specific school, offering a basis for discussing rural schools in general. It challenges the idea that bigger schools are better and more efficient schools in terms of the individual, the social life of the school, and the surrounding community, and considers the lack of scholarly accounts available on the issues, controversies, and social dynamics that surround these vital community matters.