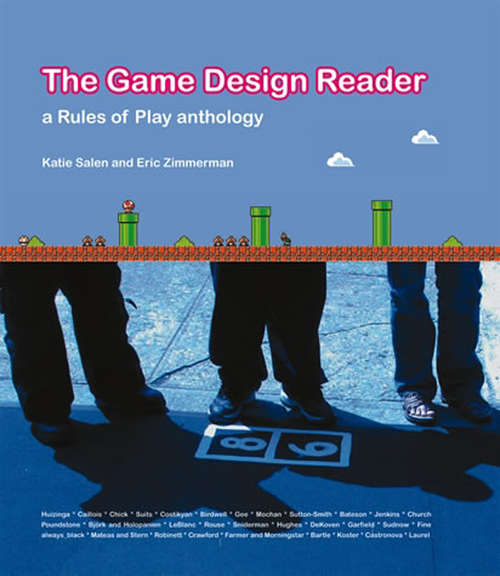 Classic and cutting-edge writings on games, spanning nearly 50 years of game analysis and criticism, by game designers, game journalists, game fans, folklorists, sociologists, and media theorists. The Game Design Reader is a one-of-a-kind collection on game design and criticism, from classic scholarly essays to cutting-edge case studies. A companion work to Katie Salen and Eric Zimmerman's textbook Rules of Play: Game Design Fundamentals, The Game Design Reader is a classroom sourcebook, a reference for working game developers, and a great read for game fans and players. Thirty-two essays by game designers, game critics, game fans, philosophers, anthropologists, media theorists, and others consider fundamental questions: What are games and how are they designed? How do games interact with culture at large? What critical approaches can game designers take to create game stories, game spaces, game communities, and new forms of play?Salen and Zimmerman have collected seminal writings that span 50 years to offer a stunning array of perspectives. Game journalists express the rhythms of game play, sociologists tackle topics such as role-playing in vast virtual worlds, players rant and rave, and game designers describe the sweat and tears of bringing a game to market. Each text acts as a springboard for discussion, a potential class assignment, and a source of inspiration. The book is organized around fourteen topics, from The Player Experience to The Game Design Process, from Games and Narrative to Cultural Representation. Each topic, introduced with a short essay by Salen and Zimmerman, covers ideas and research fundamental to the study of games, and points to relevant texts within the Reader. Visual essays between book sections act as counterpoint to the writings. Like Rules of Play, The Game Design Reader is an intelligent and playful book. An invaluable resource for professionals and a unique introduction for those new to the field, The Game Design Reader is essential reading for anyone who takes games seriously.