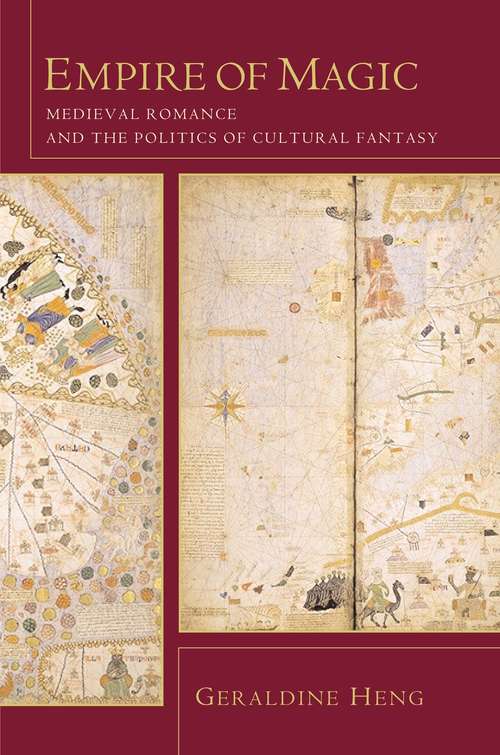 Empire of Magic offers a genesis and genealogy for medieval romance and the King Arthur legend through the history of Europe's encounters with the East in crusades, travel, missionizing, and empire formation. It also produces definitions of "race" and "nation" for the medieval period and posits that the Middle Ages and medieval fantasies of race and religion have recently returned.Drawing on feminist and gender theory, as well as cultural analyses of race, class, and colonialism, this provocative book revises our understanding of the beginnings of the nine hundred-year-old cultural genre we call romance, as well as the King Arthur legend. Geraldine Heng argues that romance arose in the twelfth century as a cultural response to the trauma and horror of taboo acts—in particular the cannibalism committed by crusaders on the bodies of Muslim enemies in Syria during the First Crusade. From such encounters with the East, Heng suggests, sprang the fantastical episodes featuring King Arthur in Geoffrey of Monmouth's chronicle The History of the Kings of England, a work where history and fantasy collide and merge, each into the other, inventing crucial new examples and models for romances to come. After locating the rise of romance and Arthurian legend in the contact zones of East and West, Heng demonstrates the adaptability of romance and its key role in the genesis of an English national identity. Discussing Jews, women, children, and sexuality in works like the romance of Richard Lionheart, stories of the saintly Constance, Arthurian chivralic literature, the legend of Prester John, and travel narratives, Heng shows how fantasy enabled audiences to work through issues of communal identity, race, color, class and alternative sexualities in socially sanctioned and safe modes of cultural discussion in which pleasure, not anxiety, was paramount. Romance also engaged with the threat of modernity in the late medieval period, as economic, social, and technological transformations occurred and awareness grew of a vastly enlarged world beyond Europe, one encompassing India, China, and Africa. Finally, Heng posits, romance locates England and Europe within an empire of magic and knowledge that surveys the world and makes it intelligible—usable—for the future.Empire of Magic is expansive in scope, spanning the eleventh to the fifteenth centuries, and detailed in coverage, examining various types of romance—historical, national, popular, chivalric, family, and travel romances, among others—to see how cultural fantasy responds to changing crises, pressures, and demands in a number of different ways. Boldly controversial, theoretically sophisticated, and historically rooted, Empire of Magic is a dramatic restaging of the role romance played in the culture of a period and world in ways that suggest how cultural fantasy still functions for us today.