Air Power in the Indian Ocean and the Western Pacific 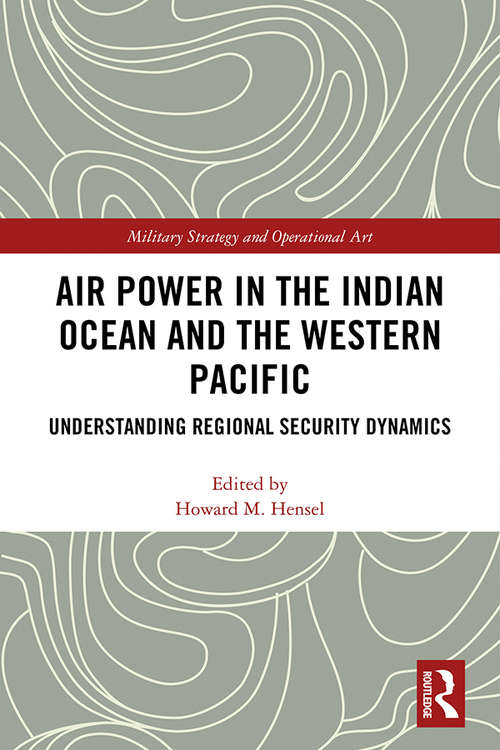 This book examines the security dynamics of the Indian Ocean and the Western Pacific, concentrating upon an analysis and evaluation of the air power capabilities of the various powers active in the two regions.

The volume is designed to help improve understanding of the heritage and contemporary challenges confronting the global community in the Indian Ocean and the Western Pacific, as well as to illuminate the policies of the various powers involved in the affairs of these regions, and the military capabilities that are available in support of those policies. The 16 individual chapters examine both the traditional and the non-traditional threats that confront the various Indian Ocean and Western Pacific powers, and assess the roles played by land-based and naval, fixed-wing and rotary-wing, manned and unmanned aircraft, as well as by offensively and defensively capable ballistic and cruise missiles in addressing these challenges. In doing so, the various chapters analyze and evaluate the air power doctrine, capabilities, deployment patterns, and missions of the respective states. In addition, they assess the future issues, challenges, and responses involving air power as it, acting in concert with other military instruments, seeks to contribute to securing and promoting the interests of the state.

This book will be of much interest to students of air power, strategic studies, Asian and Middle Eastern politics, and International Relations.