Philosophy in the American West 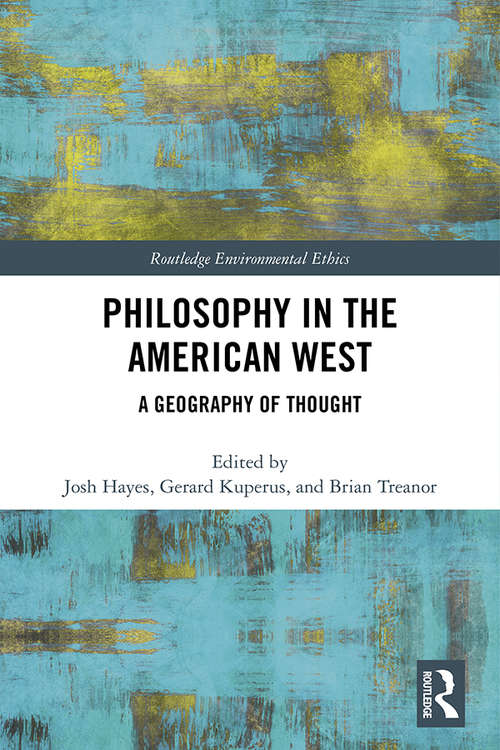 Philosophy in the American West explores the physical, ecological, cultural, and narrative environments associated with the western United States, reflecting on the relationship between people and the places that sustain them.

The American West has long been recognized as having significance. From Crèvecoeur’s early observations in Letters from an American Farmer (1782), to Thoreau’s reflections in Walden (1854), to twentieth-century thoughts on the legacy of a vanishing frontier, "the West" has played a pivotal role in the American narrative and in the American sense of self. But while the nature of "westernness" has been touched on by historians, sociologists, and, especially, novelists and poets, this collection represents the first attempt to think philosophically about the nature of "the West" and its influence on us. The contributors take up thinkers that have been associated with Continental Philosophy and pair them with writers, poets, and artists of "the West". And while this collection seeks to loosen the cords that tie philosophy to Europe, the traditions of "continental" philosophy—phenomenology, hermeneutics, deconstruction, and others—offer deep resources for thinking through the particularity of place.

This book will be of great interest to students and scholars of Philosophy, as well as those working in Ecocriticism and the Environmental Humanities more broadly.