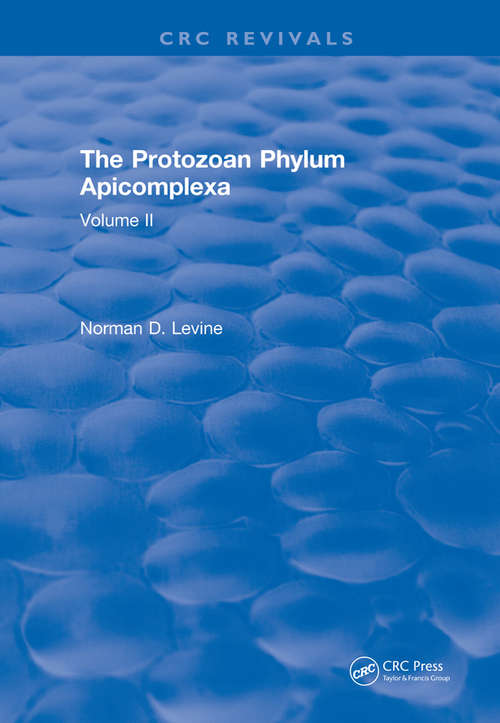 About the turn of the century the Apicomplexa plus some other groups were called Sporozoa. With the advent of the electron microscope, it was realized that most "Sporozoa" have an apical complex; those which do not (the Microspora, Myxozoa, and Ascetospora) were removed and the name Apicomplexa was put forward by Dr. Levine in 1970. Most of the important Apicomplexa fall into five main groups: the gregarines, haemogregarines (about which there is relatively little known), coccidia, haemosporids, and piroplasms. These two volumes classify, list (with synonyms and hosts) and give references to descriptions of the approximately 4600 species of Apicomplexa that have been named so far. Volume I contains an 8-page introduction and covers the gregarines and coccidia (including the haemogregarines). In volume II are the Sarcocystidae (the predator-prey coccidia) the haemosporids (the malaria and related parasites), the piroplasms, and some parasites of uncertain affinities. The Apicomplexa are divided into over 300 genera and more than 60 families, but this division is deceiving. Most of these groups contain only one or a few species. There are fewer than 50 genera with 10 or more named species, and only 8 with 100 or more. These 8 genera (Eimeria, Haemogregarina, Gregarina, Isospora, Haemoproteus, Plasmodium, Sarcocystis, and Babesia) comprise more than half of the species.