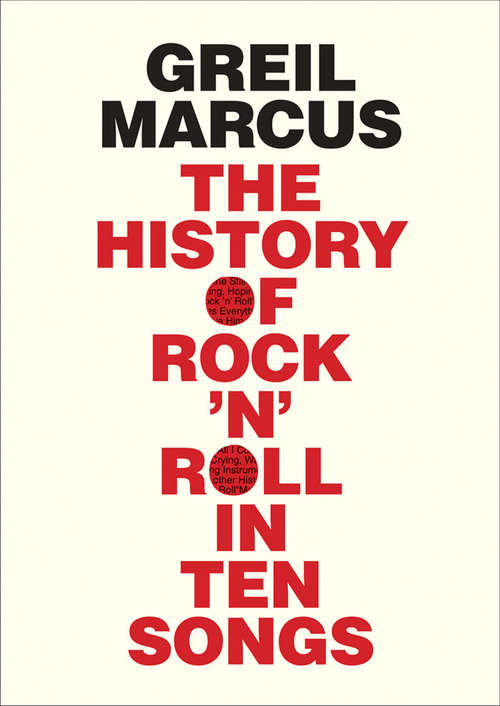 The legendary critic and author of Mystery Train &“ingeniously retells the tale of rock and roll&” (Publishers Weekly, starred review).   Unlike previous versions of rock &’n&’ roll history, this book omits almost every iconic performer and ignores the storied events and turning points everyone knows. Instead, in a daring stroke, Greil Marcus selects ten songs and dramatizes how each embodies rock &’n&’ roll as a thing in itself, in the story it tells, inhabits, and acts out—a new language, something new under the sun. &“Transmission&” by Joy Division. &“All I Could Do Was Cry&” by Etta James and then Beyoncé. &“To Know Him Is to Love Him,&” first by the Teddy Bears and almost half a century later by Amy Winehouse. In Marcus&’s hands these and other songs tell the story of the music, which is, at bottom, the story of the desire for freedom in all its unruly and liberating glory. Slipping the constraints of chronology, Marcus braids together past and present, holding up to the light the ways that these striking songs fall through time and circumstance, gaining momentum and meaning, astonishing us by upending our presumptions and prejudices. This book, by a founder of contemporary rock criticism—and its most gifted and incisive practitioner—is destined to become an enduring classic.   &“One of the epic figures in rock writing.&”—The New York Times Book Review   &“Marcus is our greatest cultural critic, not only because of what he says but also, as with rock-and-roll itself, how he says it.&”—The Washington Post  Winner of the Deems Taylor Virgil Thomson Award in Music Criticism, given by the American Society of Composers, Authors & Publishers