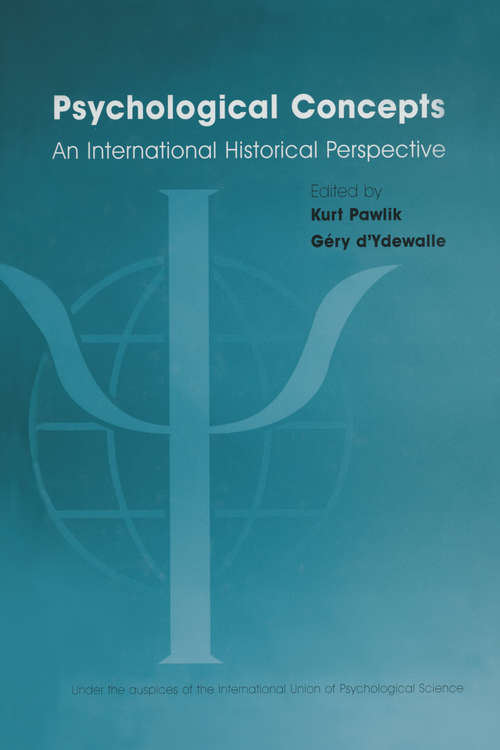 By: Kurt Pawlik and Géry d’Ydewalle
Login
Sign Up

Among the scientific advances over the last one hundred years, those in psychological science rank among the most prolific and revealing. The analyses of human intelligence and cognition, of human consciousness and self-awareness, of human memory and learning, and of human personality structure have opened up new avenues towards a deeper understanding of the human nature, the human mind, and its evolution. These new insights, whilst meeting high standards of research methodology, have also given rise to a conceptual grid which connects hitherto divergent lines of research in the human and behavioral sciences, leading up to present-day neuroscience.The Editors, both past presidents of the International Union of Psychological Science (IUPsyS), bring together a distinguished panel of international experts in the attempt to unravel, in a comparative cross-cultural and historical approach, changing contents and functions of psychological key concepts (such as intelligence, cognition, mind and the self). Their findings help to guide psychological theorizing, psychological experimentation and field research, and in so doing they apply behavioral science insights to the improvement of human affairs. Prepared under the aegis of the International Union of Psychological Science, the book exemplifies a concept-driven international history of psychological science.With its team of distinguished researchers from four continents, Psychological Concepts: An International Historical Perspective outlines the history of psychology in a truly innovative way.