An Only Child and My Father's Son 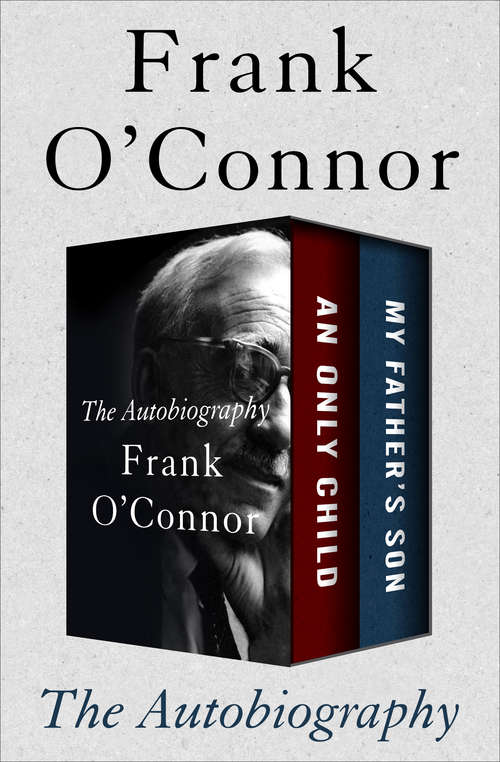 Frank O'Connor's acclaimed autobiography, now in one volumeWhen Frank O'Connor was born, his parents--Minnie O'Connor, a former maid raised in an orphanage, and Michael O'Donovan, a veteran of the Boer War and the drummer in a local brass-and-reed band--lived above a sweet-and-tobacco shop in Cork, Ireland. The young family soon moved, however, to a two-room cottage at the top of Blarney Street, a lane that originates, as O'Connor so vividly describes it, "near the river-bank, in sordidness, and ascends the hill to something like squalor." From this unlikely beginning, a poor boy born Michael Francis Xavier O'Donovan set out on the remarkable journey that transformed him into Frank O'Connor, one of Ireland's greatest writers.An Only Child, the first installment of O'Connor's wonderfully evocative autobiography, captures the joy and pain of his early years: joy in the colorful people and places of Cork and in his devoted relationship with his mother, pain in the family's impoverished situation and in his father's melancholy moods and drunken outbursts. Fifteen years old when he joins the Irish Republican Army in the fight for independence, O'Connor finds himself on the losing side of the ensuing civil war and is imprisoned by the government of the new nation. My Father's Son begins with his release from an internment camp and follows him to Dublin and the world-renowned Abbey Theatre, where he meets W. B. Yeats, J. M. Synge, and other members of the Irish Literary Revival, and takes the first steps toward becoming one of the twentieth century's most beloved authors.As richly detailed and eloquent as the best of his short fiction, Frank O'Connor's autobiography is an entertaining portrait of a fascinating time and place, and the inspiring account of a young artist finding his voice.