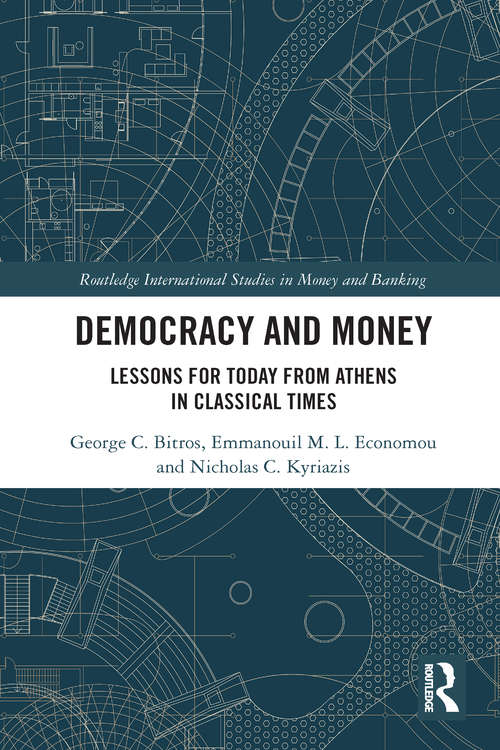 The authors of this book argue that post-war fiscal and monetary policies in the U.S. are prone to more frequent and more destabilizing domestic and international financial crises. So, in the aftermath of the one that erupted in 2008, they propose that now we are sleepwalking into another, which under the prevailing institutional circumstances could develop into a worldwide financial Armageddon.

Thinking ahead of such a calamity, this book presents for the first time a model of democratic governance with privately produced money based on the case of Athens in Classical times, and explains why, if it is conceived as a benchmark for reference and adaptation, it may provide an effective way out from the dreadful predicament that state managed fiat money holds for the stability of Western-type democracies and the international financial system.

As the U.S. today, Athens at that time reached the apex of its military, economic, political, cultural, and scientific influence in the world. But Athens triumphed through different approaches to democracy and fundamentally different fiscal and monetary policies than the U.S. Thus the readers will have the opportunity to learn about these differences and appreciate the potential they offer for confronting the challenges contemporary democracies face under the leadership of the U.S.

The book will find audiences among academics, university students, and researchers across a wide range of fields and subfields, as well as legislators, fiscal and monetary policy makers, and economic and financial consultants.