From Arromanches to the Elbe 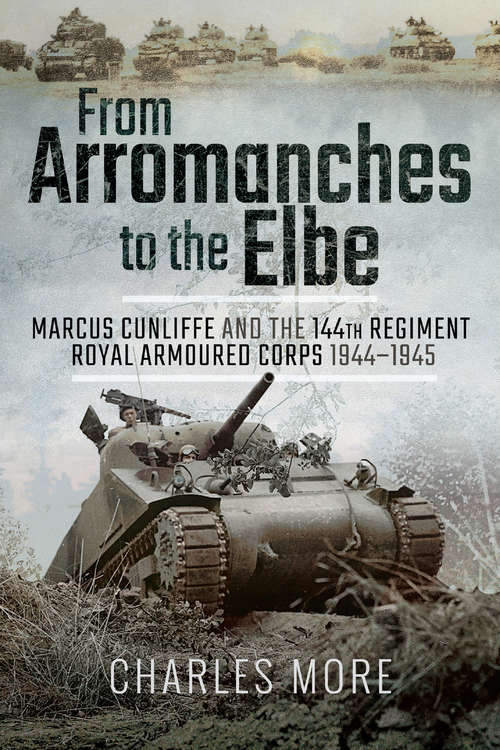 It was on 14 June 1944, D+8, that the tanks of the 144th Regiment Royal armored Corps began to disembark on Gold Beach during the Normandy landings. Delayed in going ashore, the regiment&’s tanks had been sorely missed by the infantry – and consequently the men of the 144th soon found themselves in action. It was the start of a long and bitter campaign that would take them across North West Europe into the heart of Germany. During that advance the regiment took part in a number of important actions. These included Operation Pomegranate (July 1944), Operation Totalize, an innovative night attack which was one of the final steps to breaking out of the Caen bridgehead (7/8 August 1944), the siege and capture of Le Havre, the fighting in Holland during late 1944, the crossing of the Rhine (by which time the regiment had been equipped with amphibious Buffaloes and during which it carried the flag which accompanied the first British tanks to cross the Rhine after the end of the First World War), and the capture of Bremen just before the end of the war in Europe. The author began to investigate the regiment&’s service through his late father-in-law, Captain R.W. Thorne, who had been officer in it during the war. As well as extensive interviews with him about the regiment and the campaign, this book draws on a variety of contemporary sources – not least of which are the archives of fellow officer Marcus Cunliffe. Cunliffe, who went on to become a distinguished British scholar and author who specialized in American Studies after the war (particularly military and cultural history), had kept a detailed and graphic diary and written a number of lively and informative accounts – all of which are now in the George Washington University in Washington DC. Unsurprisingly, Cunliffe&’s work features heavily in this publication. Arromanches to the Elbe is a serious contribution to the history of the Second World War. As well as exploring all aspects of army life, such as training and what might be called the social history of an active service unit, this book will appeal to those interested in the campaign in Europe as a whole, the use of tanks and armored warfare in general, and, of course, the final battles to defeat Hitler&’s Third Reich.