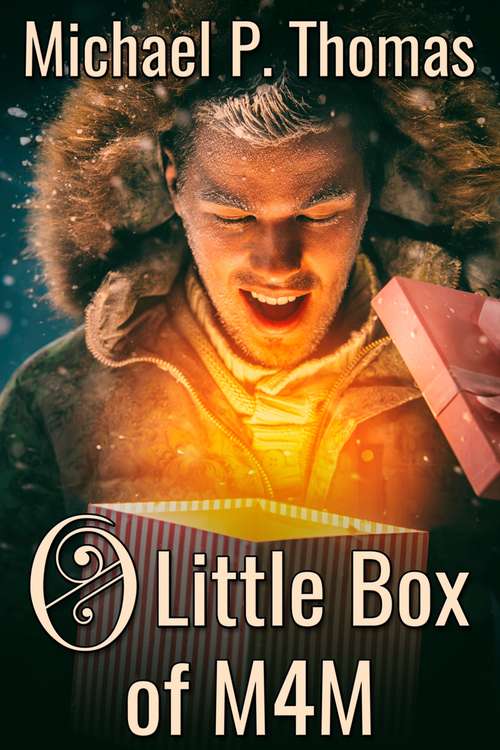 Five stories. Eleven men. The countless joys of coming together at Christmas. Whether they’re spending treasured time with friends, showing up for forced family fun, or making good their escape from the shopping throngs, the men in these stories are all about to make the same discovery: love makes a terrific present.Contains the stories:The Gift of the Gay Guy: ‘Tis the night before Christmas when Derrick Halvorson catches Lee, a hot one night stand, emptying his wallet. When he resurfaces in the morning, Derrick resolves to stay mad, even as he turns up at his mom’s for Christmas with Lee in tow. When his cop brother recognizes Lee, Derrick fears the worst. Obviously Lee is a career criminal, but what if the next thing he steals is Derrick’s heart?Isle Be Home for Christmas: When Justin jets off to the tropics for the winter, a fling with a middle-aged American gym jock isn’t exactly on his itinerary. But when Cole comes to town on a cruise, it turns out there are worse ways to dance the night away. Good-bye doesn’t come easy, and when the ship’s still in port the next morning, Justin hurries down to the dock. Has he been naughty enough to deserve Cole for Christmas?It's Not Yule, It's Me: Shannon hates Christmas. Mostly because Christmas hates him. Which is why he’s a whimpering mess when he meets Ben one Christmas morning. But Ben’s such a bright spot that after a while Shannon wonders if maybe his Christmas Curse hasn’t been lifted. And what better place to test this theory than at Ben’s family festivities? It’s not like Christmas is actually cursed. Is it?Santa's Secret: In a flash of drunken inspiration, Samir pens his very first letter to Santa Claus. In it, he asks to find his cutie-pie crush, Kerry, under his tree on Christmas morning. It’s a wish that verges on coming true, even, until Kerry breaks their Christmas Eve date for the worst reason Samir has ever been called upon to pretend to believe. But Santa works in mysterious ways ...O Come, Let Us Adore Him: When Richard’s invited to join Colin for Christmas in Cancun, he bolts for the airport -- Colin has finally chosen him over Joaquin! But life with Colin is full of surprises. He’s invited Joaquin to Cancun, too, hoping to spice up his holiday by being fought over. When Richard and Joaquin hit it off, Colin must recalibrate his approach. Unless bringing everyone together was his plan all along.