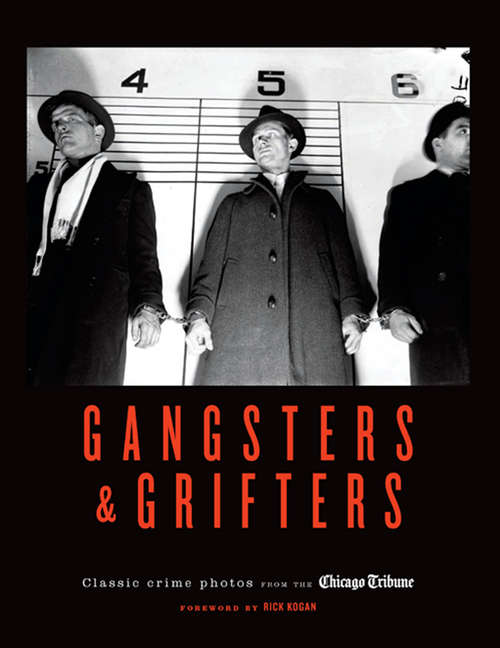 These vintage glass-plate and acetate negatives were taken from the early 1900s through the 1950s, and they have been largely unseen for generations. That is because most have never been published, only having been witnessed by the photographers and police in the moments after an arrest, crime, or even murder. Included are graphic crime scenes, raw evidence, and depictions of searing emotions, captured on film during a time when photographers were given unprecedented access alongside police.

Some photographs resemble film noir movie stills. Some are cartoonish. All feature real people, real drama, and real crimes. Accompanying information about each is included wherever possible, often with archived news stories.Gangsters and Grifters is a powerful, visually stunning look back into the dark story of Chicago's nefarious crime underworld. These fascinating, surprising, and entrancing photos reveal still-unsolved murder mysteries and portraits of notorious gang overlords like John Dillinger and Al Capone. This is a must-have for photography buffs, history lovers, and anyone curious about the seedy underbelly of early 20th-century Chicago.