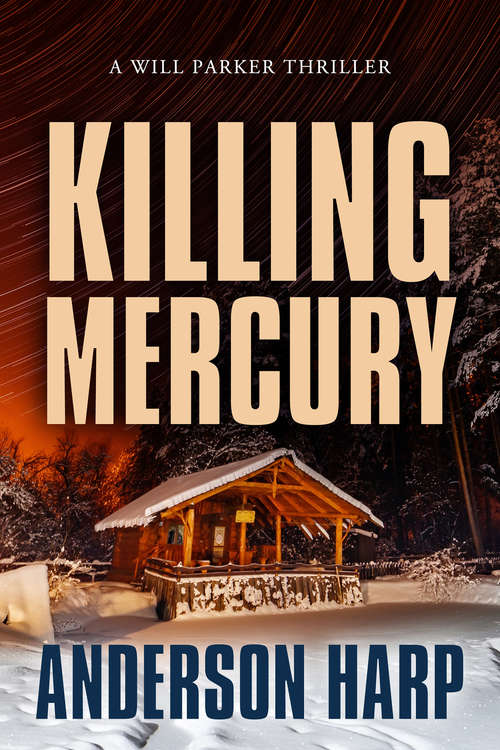 CODE RED   Decorated Marine lieutenant colonel and small-town Georgia D.A. Will Parker has nothing to do with the outgoing U.S. President or his administration, including the secret service. And that&’s the way he wants to keep it. But Will&’s about to get in deep, whether he likes it or not.   With two terms behind him, President Prisock Jordan is leaving the White House. And his daughter, Elizabeth, a student at Harvard, couldn&’t be happier. She&’s even planned a ski trip in hopes of ditching her secret-service detail, which calls her by a code name: Mercury. But a terrorist has different ideas. Injured in the president&’s last drone strike on the outskirts of a Yemen city, Hamza Bin Laden is on Mercury&’s trail—with the help of social media and a Russian hacker.   When a Marine major and confidante of Elizabeth&’s learns that Hamza may be in the U.S., he fears for her life. With Elizabeth suddenly incommunicado, he requisitions an F-16 and flies to Georgia to beg for help—discreet help—from a reluctant Will Parker. But with a shocking turn of events, the threat level quickly skyrockets, forcing Will to deal with a secret service who won&’t listen to him. For only Will has the clues to Mercury&’s true location. And when a terrorist cell murders a group of college students in a remote cabin, it&’s up to Will and one bright and brave survivor to make their way across treacherous, foreign terrain to get to Mercury—before Hamza does . . .   Praise for RETRIBUTION  &“Tense and authentic—reading this book is like living a real life mission.&”—Lee Child      &“I seldom come across a thriller as authentic and well?written as Retribution. Andy Harp brings his considerable military expertise to a global plot that&’s exciting, timely, and believable . . . to say that I&’m impressed is an understatement.&” —David Morrell, New York Times bestselling author of The Protector   &“Retribution is a stunner: a blow to the gut and shot of adrenaline. Here is a novel written with authentic authority and bears shocking relevance to the dangers of today. It reminds me of Tom Clancy at his finest.&” —James Rollins, New York Times bestselling author of Bloodline   &“Outstanding thriller with vivid characters, breakneck pacing, and suspense enough for even the most demanding reader. Harp writes with complete authenticity and a tremendous depth of military knowledge. A fantastic read—don&’t miss it!&” —Douglas Preston, #1 bestselling author of Impact