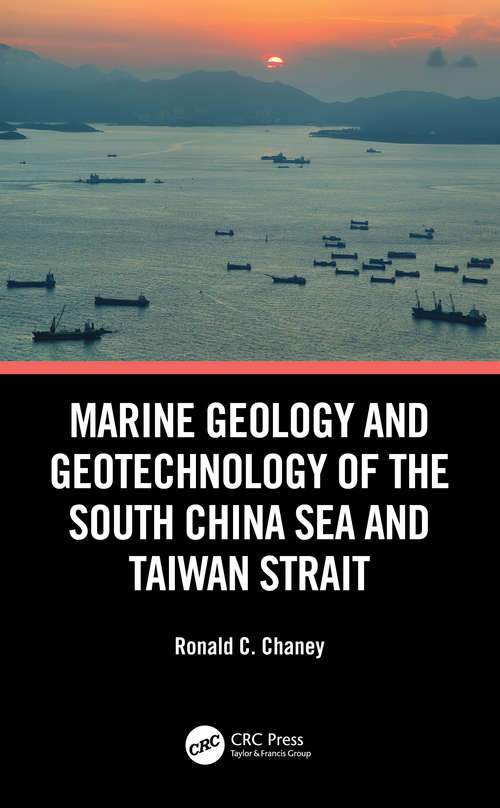 The waters and rich resources of the South China Sea are claimed by seven different countries, and it is estimated that approximately 40% of the world’s trade moves through the area. Marine Geology and Geotechnology of the South China Sea and Taiwan Strait examines the physiology, geology, and potential development of this important portion of the western Pacific Ocean’s largest marginal sea. The book covers multiple oceanographic topics, and further discusses topography, sedimentation, wave generation, and hazards such as earthquakes, storm surges, and tsunamis. In addition, it explains the engineering issues and design considerations involved regarding a potential Taiwan Strait Crossing, as well as the development of near-shore communities.

Examines seabed material, such as clays, calcareous, siliceous, and various other organic sediments

Presents different potential routing strategies for sea crossings using tunnels, bridges, or a combination of both

Marine Geology and Geotechnology of the South China Sea and Taiwan Strait serves as a valuable resource for geotechnical engineers, marine geologists, civil engineers, and professionals concerned with the region.