Going to the Countryside 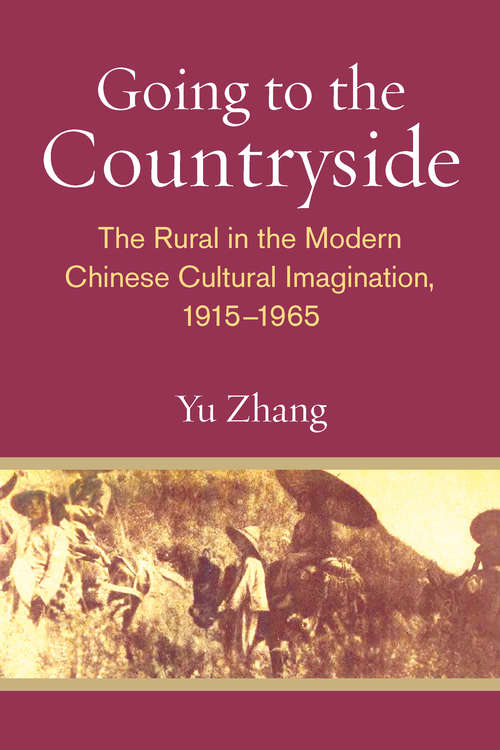 Since the beginning of the twentieth century, modern Chinese intellectuals, reformers, revolutionaries, leftist journalists, and idealistic youth had often crossed the increasing gap between the city and the countryside, which made the act of “going to the countryside” a distinctively modern experience and a continuous practice in China. Such a spatial crossing eventually culminated in the socialist state program of “down to the villages” movements during the 1960s and 1970s. What, then, was the special significance of “going to the countryside” before that era? Going to the Countryside deals with the cultural representations and practices of this practice between 1915 and 1965, focusing on individual homecoming, rural reconstruction, revolutionary journeys to Yan’an, the revolutionary “going down to the people” as well as going to the frontiers and rural hometowns for socialist construction. As part of the larger discourses of enlightenment, revolution, and socialist industrialization, “going to the countryside” entailed new ways of looking at the world and ordinary people, brought about new experiences of space and time, initiated new means of human communication and interaction, generated new forms of cultural production, revealed a fundamental epistemic shift in modern China, and ultimately created a new aesthetic, social, and political landscape.

As a critical response to the “urban turn” in the past few decades, this book brings the rural back to the central concern of Chinese cultural studies and aims to bridge the city and the countryside as two types of important geographical entities, which have often remained as disparate scholarly subjects of inquiry in the current state of China studies. Chinese modernity has been characterized by a dual process that created problems from the vast gap between the city and the countryside but simultaneously initiated constant efforts to cope with the gap personally, collectively, and institutionally. The process of “crossing” two distinct geographical spaces was often presented as continuous explorations of various ways of establishing the connectivity, interaction, and relationship of these two imagined geographical entities. Going to the Countryside argues that this new body of cultural productions did not merely turn the rural into a constantly changing representational space; most importantly, the rural has been constructed as a distinct modern experiential and aesthetic realm characterized by revolutionary changes in human conceptions and sentiments.