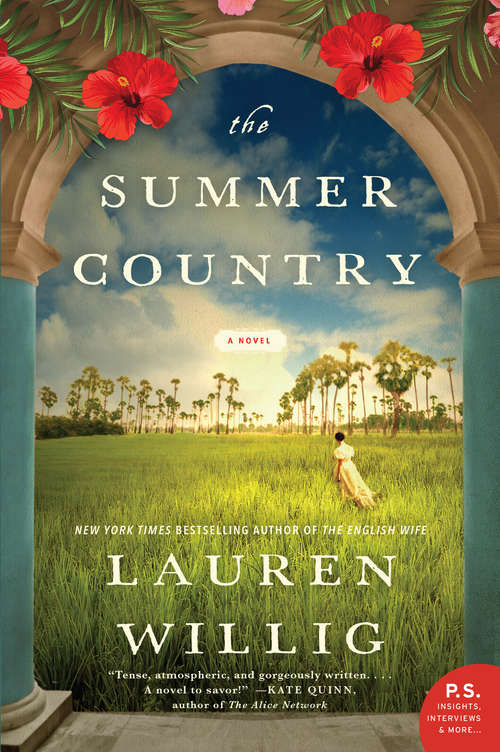 A brilliant, multigenerational saga in the tradition of THE THORN BIRDS and NORTH AND SOUTH, New York Times bestselling historical novelist Lauren Willig delivers her biggest, boldest, and most ambitious novel yet—a sweeping Victorian epic of lost love, lies, jealousy, and rebellion set in colonial Barbados.Barbados, 1854: Emily Dawson has always been the poor cousin in a prosperous English merchant clan-- merely a vicar’s daughter, and a reform-minded vicar’s daughter, at that. Everyone knows that the family’s lucrative shipping business will go to her cousin, Adam, one day. But when her grandfather dies, Emily receives an unexpected inheritance: Peverills, a sugar plantation in Barbados—a plantation her grandfather never told anyone he owned. When Emily accompanies her cousin and his new wife to Barbados, she finds Peverills a burnt-out shell, reduced to ruins in 1816, when a rising of enslaved people sent the island up in flames. Rumors swirl around the derelict plantation; people whisper of ghosts.Why would her practical-minded grandfather leave her a property in ruins? Why are the neighboring plantation owners, the Davenants, so eager to acquire Peverills? The answer lies in the past— a tangled history of lies, greed, clandestine love, heartbreaking betrayal, and a bold bid for freedom.THE SUMMER COUNTRY will beguile readers with its rendering of families, heartbreak, and the endurance of hope against all odds.