The Absence Of Grand Strategy 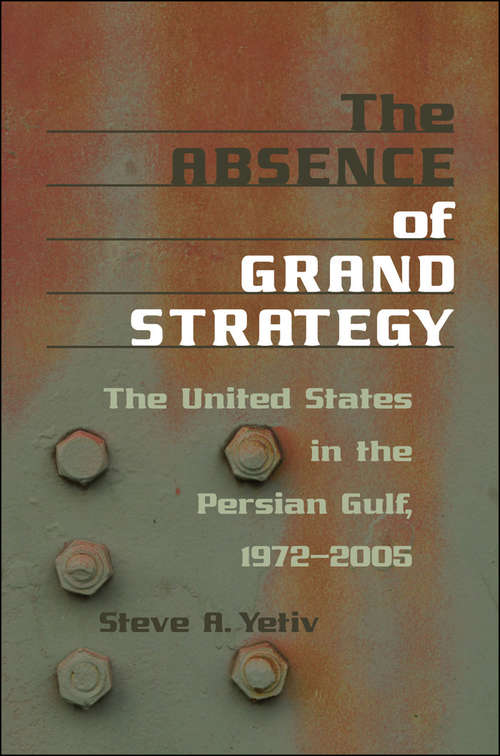 Great powers and grand strategies. It is easy to assume that the most powerful nations pursue and employ consistent, cohesive, and decisive policies in trying to promote their interests in regions of the world. Popular theory emphasizes two such grand strategies that great powers may pursue: balance of power policy or hegemonic domination. But, as Steve A. Yetiv contends, things may not always be that cut and dried.

Analyzing the evolution of the United States' foreign policy in the Persian Gulf from 1972 to 2005, Yetiv offers a provocative and panoramic view of American strategies in a region critical to the functioning of the entire global economy. Ten cases—from the policies of the Nixon administration to George W. Bush's war in Iraq—reveal shifting, improvised, and reactive policies that were responses to unanticipated and unpredictable events and threats. In fact, the distinguishing feature of the U.S. experience in the Gulf has been the absence of grand strategy.

Yetiv introduces the concept of "reactive engagement" as an alternative approach to understanding the behavior of great powers in unstable regions. At a time when the effects of U.S. foreign policy are rippling across the globe, The Absence of Grand Strategy offers key insight into the nature and evolution of American foreign policy in the Gulf.