Empire of the Romans 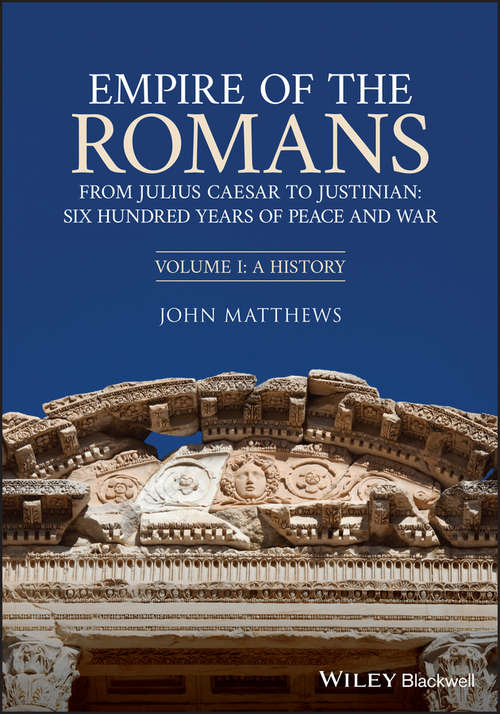 A wide-ranging survey of the history of the Roman Empire—from its establishment to decline and beyond Empire of the Romans, from Julius Caesar to Justinian provides a sweeping historical survey of the Roman empire. Uncommonly expansive in its chronological scope, this unique two-volume text explores the time period encompassing Julius Caesar’s death in 44 BCE to the end of Justinian’s reign six centuries later. Internationally-recognized author and scholar of Roman history John Matthews balances broad historical narrative with discussions of important occurrences in their thematic contexts. This integrative approach helps readers learn the timeline of events, understand their significance, and consider their historical sources. Defining the time period in a clear, yet not overly restrictive manner, the text reflects contemporary trends in the study of social, cultural, and literary themes. Chapters examine key points in the development of the Roman Empire, including the establishment of empire under Augustus, Pax Romana and the Antonine Age, the reforms of Diocletian and Constantine, and the fall of the Western Roman Empire. Discussions of the Justinianic Age, the emergence of Byzantium, and the post-Roman West help readers understand the later Roman world and its impact on the subsequent history of Europe. Written to be used as standalone resource or in conjunction with its companion Volume II: Selective Anthology, this innovative textbook: Combines accessible narrative exposition with thorough examination of historical source material Provides well-rounded coverage of Roman economy, society, law, and literary and philosophical culture Offers content taken from the author’s respected Roman Empire survey courses at Yale and Oxford University Includes illustrations, maps and plans, and chapter-by-chapter bibliographical essays Empire of the Romans, from Julius Caesar to Justinian is a valuable text for survey courses in Roman history as well as general readers interested in the 600 year time frame of the empire.