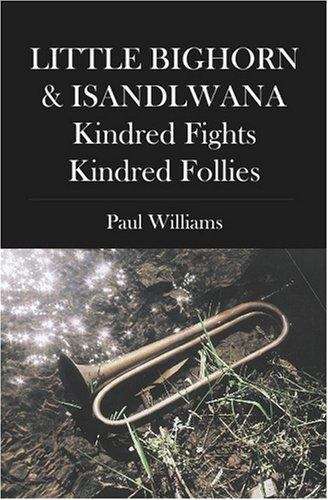 In June of 1876 Custer's 7th Cavalry was savagely defeated in the Montana wilderness during an unprovoked war to seize the Sioux and Cheyenne hunting grounds. Turning former nations regarding the Battle of the Little Bighorn on their head, Paul Williams penetrates Custer's mind, revealing the devastating logic for the fatal regimental division which led to his own death and the annihilation of his immediate command.

Three years later the redcoat troops of Queen Victoria launched an equally outrageous grab for Zulu lands in South Africa, and repeated Little Bighorn history at Isandlwana with their own humiliating destruction.

Lieutenant Colonel George A. Custer and Lieutenant Colonel Anthony W. Durnford had much in common, from mode of dress to tactics employed, and the way they died. Here are riveting stories of the two soldiers and their final battles are interwoven, revealing how, to an astonishing degree, similar aims, tactics, personalities, weapons, incidents and underestimation of so-called savages led to tragic defeat.