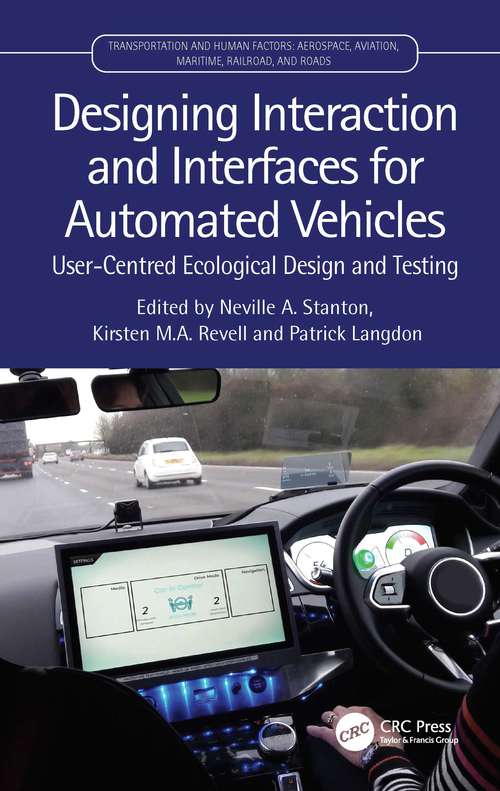 By: Neville A. Stanton • Kirsten M. A. Revell • Patrick Langdon
Login
Sign Up

Driving automation and autonomy are already upon us and the problems that were predicted twenty years ago are beginning to appear. These problems include shortfalls in expected benefits, equipment unreliability, driver skill fade, and error-inducing equipment designs. Designing Interaction and Interfaces for Automated Vehicles: User-Centred Ecological Design and Testing investigates the difficult problem of how to interface drivers with automated vehicles by offering an inclusive, human-centred design process that focusses on human variability and capability in interaction with interfaces.

This book introduces a novel method that combines both systems thinking and inclusive user-centred design. It models driver interaction, provides design specifications, concept designs, and the results of studies in simulators on the test track, and in road going vehicles.

This book is for designers of systems interfaces, interactions, UX, Human Factors and Ergonomics researchers and practitioners involved with systems engineering and automotive academics._

"In this book, Prof Stanton and colleagues show how Human Factors methods can be applied to the tricky problem of interfacing human drivers with vehicle automation.  They have developed an approach to designing the human-automation interaction for the handovers between the driver and the vehicle.  This approach has been tested in driving simulators and, most interestingly, in real vehicles on British motorways.  The approach, called User-Centred Ecological Interface Design, has been validated against driver behaviour and used to support their ongoing work on vehicle automation.  I highly recommend this book for anyone interested, or involved, in designing human-automation interaction in vehicles and beyond."