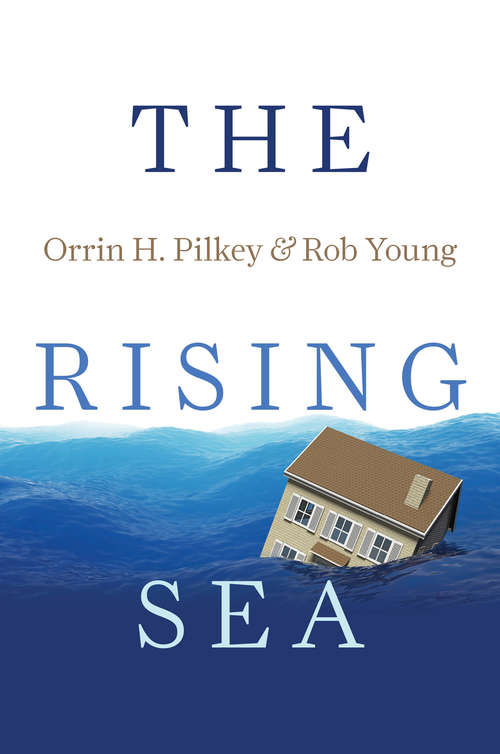 On Shishmaref Island in Alaska, homes are being washed into the sea. In the South Pacific, small island nations face annihilation by encroaching waters. In coastal Louisiana, an area the size of a football field disappears every day. For these communities, sea level rise isn't a distant, abstract fear: it's happening now and it's threatening their way of life.

In The Rising Sea, Orrin H. Pilkey and Rob Young warn that many other coastal areas may be close behind. Prominent scientists predict that the oceans may rise by as much as seven feet in the next hundred years. That means coastal cities will be forced to construct dikes and seawalls or to move buildings, roads, pipelines, and railroads to avert inundation and destruction.

The question is no longer whether climate change is causing the oceans to swell, but by how much and how quickly. Pilkey and Young deftly guide readers through the science, explaining the facts and debunking the claims of industry-sponsored "skeptics." They also explore the consequences for fish, wildlife--and people.

While rising seas are now inevitable, we are far from helpless. By making hard choices--including uprooting citizens, changing where and how we build, and developing a coordinated national response--we can save property, and ultimately lives. With unassailable research and practical insights, The Rising Sea is a critical first step in understanding the threat and keeping our heads above water.