The Belt and Road Initiative as Epochal Regionalisation 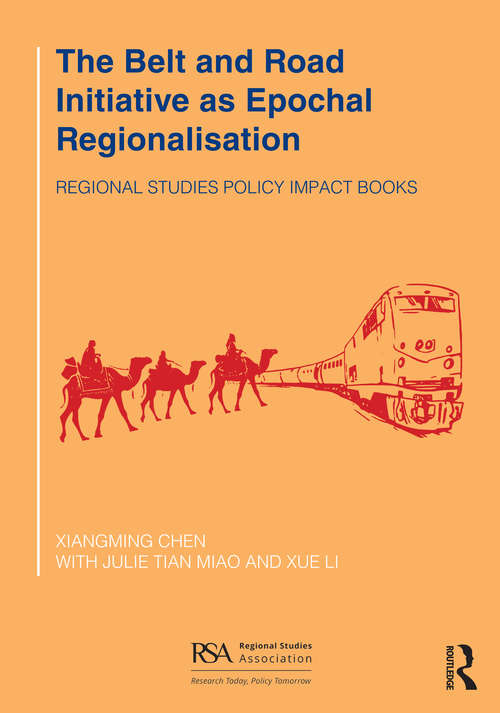 The Belt and Road Initiative (BRI), launched by China in 2013, carries and projects powerful regional dimensions and transformations, with short- and long-term global, national and local consequences. The BRI’s regional significance lies in its designation and creation of several cross-border corridors that originate from inside China and extend out into its neighbouring countries, and those farther afield in Asia, Africa and Europe. Through driving and facilitating new trade and infrastructure connections along and beyond these corridors, the BRI has begun to reshape the master processes of globalisation, urbanisation and development by affecting the economic, social and spatial fortunes of many countries and cities.

This book serves two purposes. First, through a new framework and three case studies, it examines the BRI’s impacts on globalisation, urbanisation and development via the China-Europe Freight Train, the paired construction of a new city and railway across the China-Laos borderland and the port-park-city development corridor between Djibouti and Ethiopia. Second, the comparative analysis and evidence guide the book to advance policy recommendations for targeted stakeholders that can potentially turn the BRI into a global public good with greater benefits and fewer risks.