Taverns and Drinking in Early America 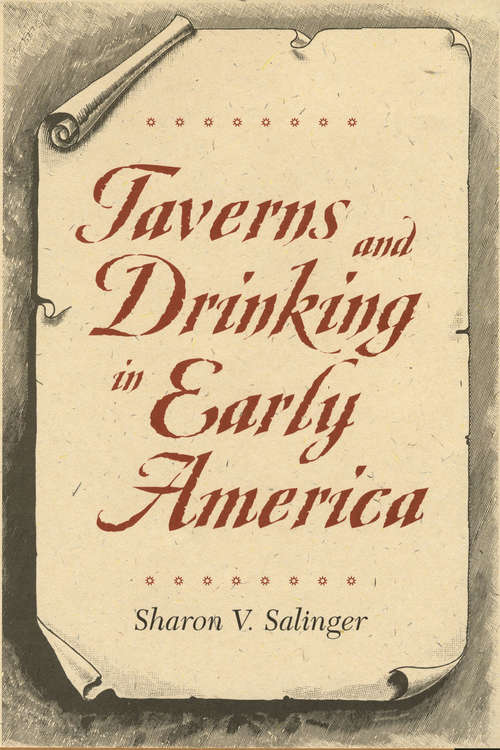 A look into the role of public houses, taverns, alcohol consumption in colonial American society.Sharon V. Salinger's Taverns and Drinking in Early America supplies the first study of public houses and drinking throughout the mainland British colonies. At a time when drinking water supposedly endangered one’s health, colonists of every rank, age, race, and gender drank often and in quantity, and so taverns became arenas for political debate, business transactions, and small-town gossip sessions. Salinger explores the similarities and differences in the roles of drinking and tavern sociability in small towns, cities, and the countryside; in Anglican, Quaker, and Puritan communities; and in four geographic regions. Challenging the prevailing view that taverns tended to break down class and gender differences, Salinger persuasively argues they did not signal social change so much as buttress custom and encourage exclusion.Praise for Taverns and Drinking in Early America“The most comprehensive survey to date of this curiously underinvestigated aspect of early American social life . . . [Contains] a wealth of illustrative and amusing anecdotes . . . Well researched and informative.” —Simon Middleton, William and Mary Quarterly“Offers a fresh perspective on one of the colonial period's most important social institutions and the drinking behavior that was central to it . . . Salinger’s work is compelling throughout . . . A significant and satisfying book.” —Mark Edward Lender, American Historical Review“A richly detailed study that helps us understand popular and genteel culture in early America, the place of drink in everyday life, and the relationship between law and perceptions of disorderly behavior.” —Paul G. E. Clemens, Journal of American History