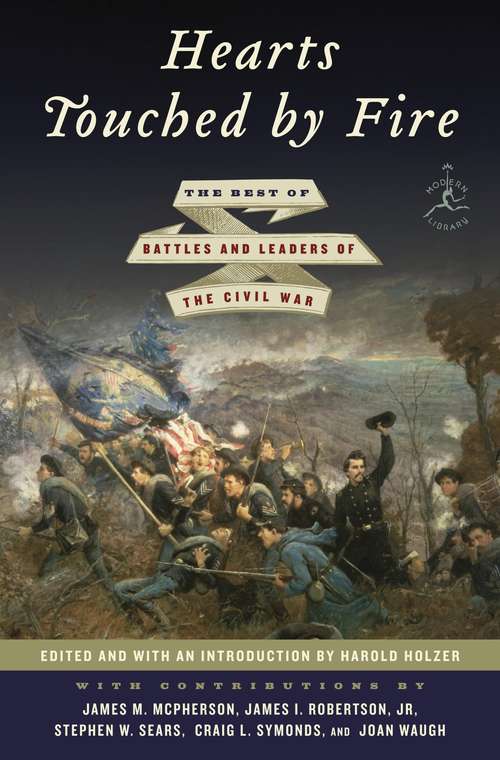 In July 1883, just a few days after the twentieth anniversary of the Battle of Gettysburg, a group of editors at The Century Magazine engaged in a lively argument: Which Civil War battle was the bloodiest battle of them all? One claimed it was Chickamauga, another Cold Harbor. The argument inspired a brainstorm: Why not let the magazine's 125,000 readers in on the conversation by offering "a series of papers on some of the great battles of the war to be written by officers in command on both sides." The articles would be written by generals, Union and Confederate alike, who had commanded the engagements two decades earlier--"or, if he were not living," by "the person most entitled to speak for him or in his place." The pieces would present both sides of each major battle, and would be fair and free of politics. In commemoration of the 150th anniversary of the Civil War, the most enduring entries from the classic four-volume series Battles and Leaders of the Civil War have now been edited and merged into one definitive volume. Here are the best of the immortal first-person accounts of the Civil War originally published in the pages of The Century Magazine more than a hundred years ago. Hearts Touched by Fire offers stunning accounts of the war's great battles written by the men who planned, fought, and witnessed them, from leaders such as General Ulysses S. Grant, General George McClellan, and Confederate captain Clement Sullivane to men of lesser rank. This collection also features new year-by-year introductions by esteemed historians, including James M. McPherson, Craig L. Symonds, and James I. Robertson, Jr., who cast wise modern eyes on the cataclysm that changed America and would go down as the bloodiest conflict in our nation's history. No one interested in our country's past will want to be without this collection of the most popular and influential first-person Civil War memoirs ever published.From the Hardcover edition.