We Have the War Upon Us 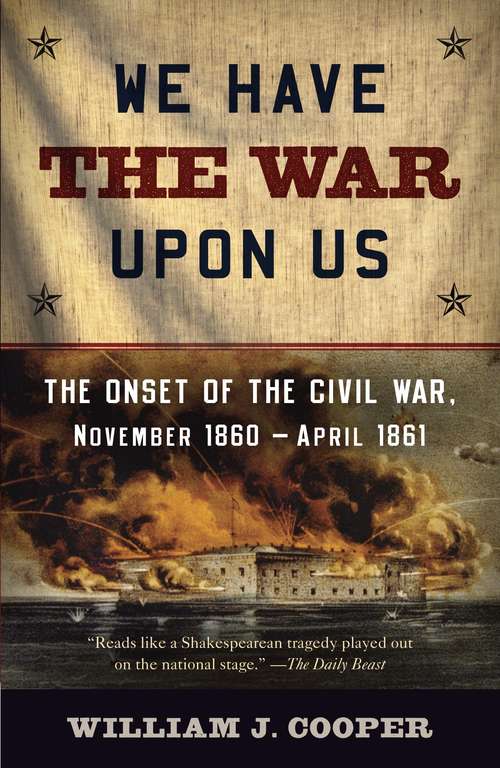 In this carefully researched book William J. Cooper gives us a fresh perspective on the period between Abraham Lincoln's election in November 1860 and the firing on Fort Sumter in April 1861, during which all efforts to avoid or impede secession and prevent war failed. Here is the story of the men whose decisions and actions during the crisis of the Union resulted in the outbreak of the Civil War. Sectional compromise had been critical in the history of the country, from the Constitutional Convention of 1787 through to 1860, and was a hallmark of the nation. On several volatile occasions political leaders had crafted solutions to the vexing problems dividing North and South. During the postelection crisis many Americans assumed that once again a political compromise would settle yet another dispute. Instead, in those crucial months leading up to the clash at Fort Sumter, that tradition of compromise broke down and a rapid succession of events led to the great cataclysm in American history, the Civil War. All Americans did not view this crisis from the same perspective. Strutting southern fire-eaters designed to break up the Union. Some Republicans, crowing over their electoral triumph, evinced little concern about the threatened dismemberment of the country. Still others--northerners and southerners, antislave and proslave alike--strove to find an equitable settlement that would maintain the Union whole. Cooper captures the sense of contingency, showing Americans in these months as not knowing where decisions would lead, how events would unfold. The people who populate these pages could not foresee what war, if it came, would mean, much less predict its outcome. We Have the War Upon Us helps us understand what the major actors said and did: the Republican party, the Democratic party, southern secessionists, southern Unionists; why the pro-compromise forces lost; and why the American tradition of sectional compromise failed. It reveals how the major actors perceived what was happening and the reasons they gave for their actions: Lincoln and Jefferson Davis, Stephen A. Douglas, William Henry Seward, John J. Crittenden, Charles Francis Adams, John Tyler, James Buchanan, and a host of others. William J. Cooper has written a full account of the North and the South, Republicans and Democrats, sectional radicals and sectional conservatives that deepens our insight into what is still one of the most controversial periods in American history.