The Explanation of Behaviour 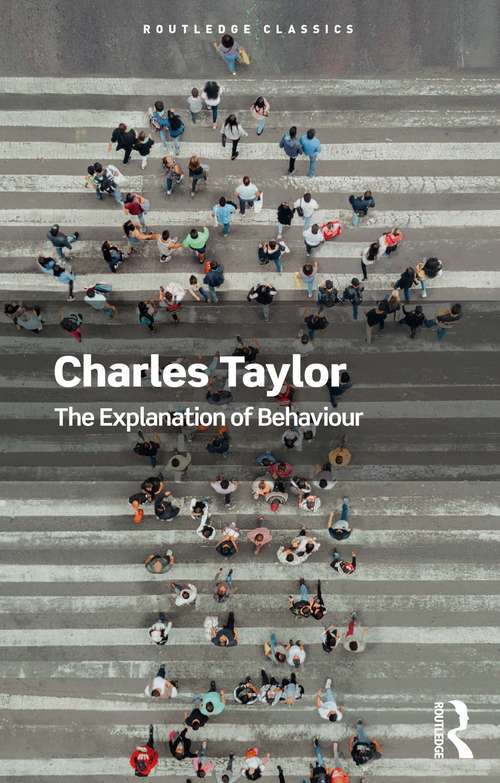 The Explanation of Behaviour was the first book written by the renowned philosopher Charles Taylor. A vitally important work of philosophical anthropology, it is a devastating criticism of the theory of behaviourism, a powerful explanatory approach in psychology and philosophy when Taylor's book was first published. However, Taylor has far more to offer than a simple critique of behaviourism. He argues that in order to properly understand human beings, we must grasp that they are embodied, minded creatures with purposes, plans and goals, something entirely lacking in reductionist, scientific explanations of human behaviour.

Taylor’s book is also prescient in according a central place to non-human animals, which like human beings are subject to needs, desires and emotions. However, because human beings have the unique ability to interpret and reflect on their own actions and purposes and declare them to others, Taylor argues that human experience differs to that of other animals. Furthermore, the fact that human beings are often directed by their purposes has a fundamental bearing on how we understand the social and moral world.

Taylor’s classic work is essential reading for those in philosophy and psychology as well as related areas such as sociology and religion.

This Routledge Classics edition includes a new Preface by the author and a new Foreword by Alva Noë, setting the book in philosophical and historical context.