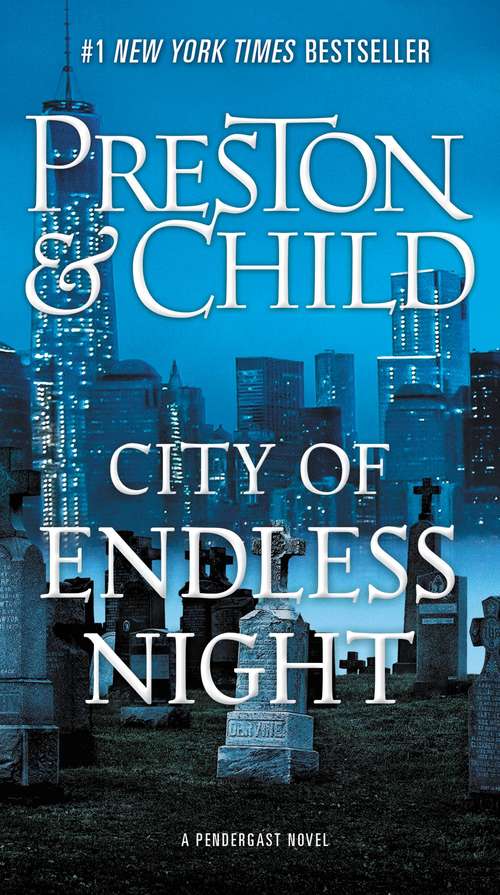 When Grace Ozmian, the beautiful and reckless daughter of a wealthy tech billionaire, first goes missing, the NYPD assumes she has simply sped off on another wild adventure. Until the young woman's body is discovered in an abandoned warehouse in Queens, the head nowhere to be found.

Lieutenant CDS Vincent D'Agosta quickly takes the lead. He knows his investigation will attract fierce scrutiny, so D'Agosta is delighted when FBI Special Agent A.X.L. Pendergast shows up at the crime scene assigned to the case. "I feel rather like Brer Rabbit being thrown into the briar patch," Pendergast tells D'Agosta, "because I have found you here, in charge. Just like when we first met, back at the Museum of Natural History." But neither Pendergast nor D'Agosta are prepared for what lies ahead.

A diabolical presence is haunting the greater metropolitan area, and Grace Ozmian was only the first of many victims to be murdered . . . and decapitated. Worse still, there's something unique to the city itself that has attracted the evil eye of the killer.

As mass hysteria sets in, Pendergast and D'Agosta find themselves in the crosshairs of an opponent who has threatened the very lifeblood of the city. It'll take all of Pendergast's skill to unmask this most dangerous foe-let alone survive to tell the tale.