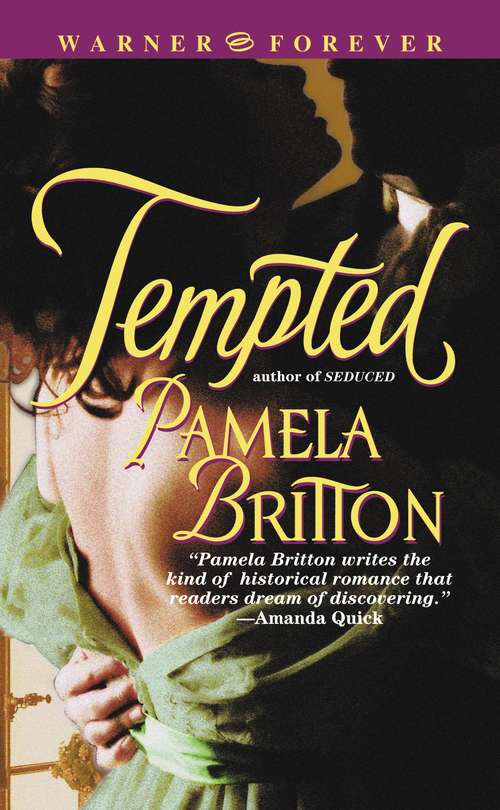 He is Alexander Drummond Marquis of Warrick, one of the most feared Revenue Commanders to sail the high seas. She is Mary Callahan, smuggler's daughter, sent as a spy to his lordship's household under the guise of a nurse, only...she doesn't like children. He thinks she's the most outspoken, sharp-tongued shrew he's ever met. She thinks he's the most uptight, pompous bag of wind she's ever encountered. However, then, did they fall in love? Alexander Drummond, the marquis of Warrick, is no saint, though nowadays he prefers his 'conquests' to be found on the high seas. Descended from a long line of rakes, he has vowed to stop dallying with the fairer sex. But now he needs a woman--and extraordinary woman to tame his wildcat of a daughter. Intelligent, spirited Mary Callahan is the perfect nursemaid for the child, but one look at her bedroom eyes and luscious lips and Alexander is tempted to seduce one last woman. For Mary, masquerading as a nurse and enticing the master of the house is all in a day's work--until stolen kisses and passionate caresses distract her from her perilous game. Soon two people who know the risk of mixing danger and desire find themselves on the brink of a shocking scandal, and Alexander is about to discover what happens when he lets and enemy into his house...and his heart.Brimming with humor and interspersed with moments of growing sensuality, this story is a sexy mix of love and laughter. Sensitive and thoughtful characterizations add depth. Dizzy fun all the way, Tempted is an enticing read indeed.