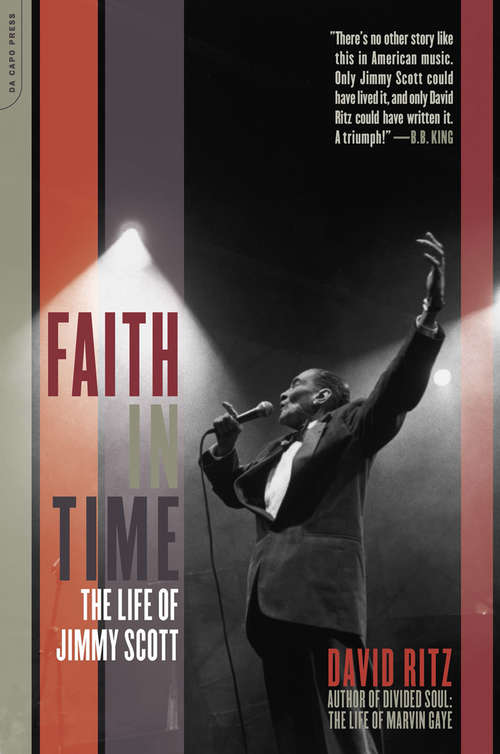 Born in Cleveland in 1925, "Little" Jimmy Scott lost his mother at age thirteen, the same year he was diagnosed with Kallman's syndrome. The disease stunted his growth and earned him his nickname, but it also left him with a haunting voice, a mesmerizing voice. He soon built a following as a singer touring with Lionel Hampton's great orchestra in the '40s, then performed with many of the stars of the '50s, from Lester Young to Charlie Parker to Dinah Washington, and was signed by Savoy Records. He thought he had his big break when, in 1962, Ray Charles produced what was by all accounts Jimmy's best work, Falling in Love Is Wonderful. But when it was forced off the shelves by contract disputes, Scott worked as an orderly and clerk in Cleveland for almost two decades. Fans thought he was dead-until songwriter Doc Pomus's funeral in March of 1991.

As Pomus had instructed in his will, Jimmy sang over his friend's coffin. High-pitched and androgynous, his voice seemed to come out of thin air, transcending gender and age, evoking pure heartbreak. No one knew who he was-heads turned, celebrities conferred, record executives were reduced to tears-until finally Lou Reed turned around and whispered, "He's Jimmy Scott, the greatest jazz singer in the world." And so he was. By the next morning, he had a record deal with Sire that relaunched his career with the masterpiece All the Way, and he has been performing to packed clubs ever since. With full cooperation from Jimmy, his siblings, spouses, and colleagues from Ray Charles to Ruth Brown, Faith in Time is at once an intimate biography, an invaluable history of a life that spanned big band to bebop to pop, and the poignant story of a man whose voice will live forever.