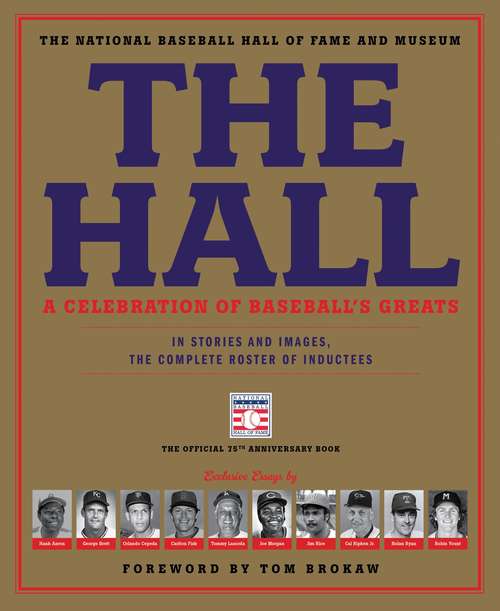 By: Tom Brokaw • The National Baseball Hall of Fame and Museum
Login
Sign Up

A deluxe baseball treasury unlike any other, complete with essays, photos, and player bios from The National Baseball Hall of Fame and Museum.Everyone dreams of Cooperstown. It's a hallowed name in baseball, for players as well as their fans. It's a house where legends live; it's everything that's great about the game. Never before has the National Baseball Hall of Fame and Museum published a complete registry of inductees with plaques, photographs, and extended biographies. In this unique, 75th anniversary edition, read the stories of every player inducted into the Hall, organized by position. Each section begins with an original essay by a living Hall of Famer who played that position: Hank Aaron, George Brett, Orlando Cepeda, Carlton Fisk, Tommy Lasorda, Joe Morgan, Jim Rice, Cal Ripken Jr., Nolan Ryan, and Robin Yount.