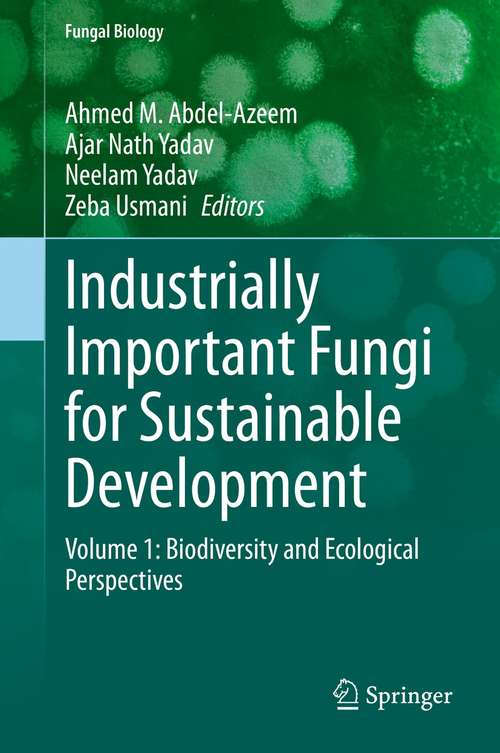 Fungi are an understudied, biotechnologically valuable group of organisms. Due to their immense range of habitats, and the consequent need to compete against a diverse array of other fungi, bacteria, and animals, fungi have developed numerous survival mechanisms. However, besides their major basic positive role in the cycling of minerals, organic matter and mobilizing insoluble nutrients, fungi have other beneficial impacts: they are considered good sources of food and active agents for a number of industrial processes involving fermentation mechanisms as in the bread, wine and beer industry. A number of fungi also produce biologically important metabolites such as enzymes, vitamins, antibiotics and several products of important pharmaceutical use; still others are involved in the production of single cell proteins. The economic value of these marked positive activities has been estimated as approximating to trillions of US dollars. The unique attributes of fungi thus herald great promise for their application in biotechnology and industry. Since ancient Egyptians mentioned in their medical prescriptions how they can use green molds in curing wounds as the obvious historical uses of penicillin, fungi can be grown with relative ease, making production at scale viable. The search for fungal biodiversity, and the construction of a living fungi collection, both have incredible economic potential in locating organisms with novel industrial uses that will lead to novel products. Fungi have provided the world with penicillin, lovastatin, and other globally significant medicines, and they remain an untapped resource with enormous industrial potential.Volume 1 of Industrially Important Fungi for Sustainable Development provides an overview to understanding fungal diversity from diverse habitats and their industrial application for future sustainability. It encompasses current advanced knowledge of fungal communities and their potential biotechnological applications in industry and allied sectors. The book will be useful to scientists, researchers, and students of microbiology, biotechnology, agriculture, molecular biology, and environmental biology.