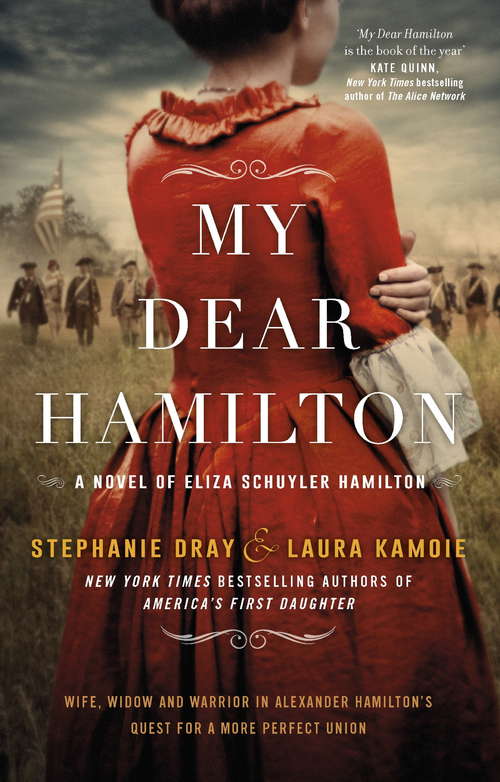 Love Lin-Manuel Miranda's hit musical Hamilton? Discover the untold story of the brilliant Eliza Schuyler Hamilton!Coming of age in revolutionary New York, Elizabeth Schuyler is proud to champion the fight for independence. And when she meets Alexander Hamilton, Washington's penniless but passionate right hand man, she's captivated by the young officer's charisma and brilliance. Despite the perilous times and Alexander's background, they fall in love and are soon married. From glittering balls to bloody street riots, the Hamiltons are at the centre of it all - including America's first sex scandal, which forces Eliza to struggle through heartbreak and betrayal to find forgiveness. And when a duel destroys Eliza's hard-won peace, the grieving widow fights her husband's enemies to preserve Alexander's legacy. But long-buried secrets threaten everything Eliza believes about her marriage and her own legacy. Questioning her tireless devotion to the man and country that have broken her heart, she's left with one last battle - to understand the flawed man she married and imperfect union he could never have created without her . . .Haunting, moving, and beautifully written, Dray and Kamoie use thousands of letters and original sources to tell Eliza's story as it's never been told before - not just as the wronged wife but as a strong woman who shaped an American legacy in her own right.'Full of history, engaging characters who shimmer on each page, and a tremendous love story, this is a book for everyone' Karen White, New York Times bestselling author'An unforgettable story of the woman behind Hamilton - a triumph!' Pam Jenoff, New York Times bestselling author'My Dear Hamilton is the book of the year' Kate Quinn, USA Today bestselling author of The Alice Network'Historical fiction at its most addictive!' Stephanie Thornton, author of The Tiger Queens'An incredible, surprising, and altogether lovely tribute to the woman who stood beside one of the most unknowable, irascible, energetic, and passionate of men' Lars Hedbor, author of The Path: Tales from a Revolution